Talking to reporters, Raut also said mental health clinics will be formed in various parts of Maharashtra for “such people” after the Shiv Sena-NCP-Congress combine comes to power in the state.
Agencies 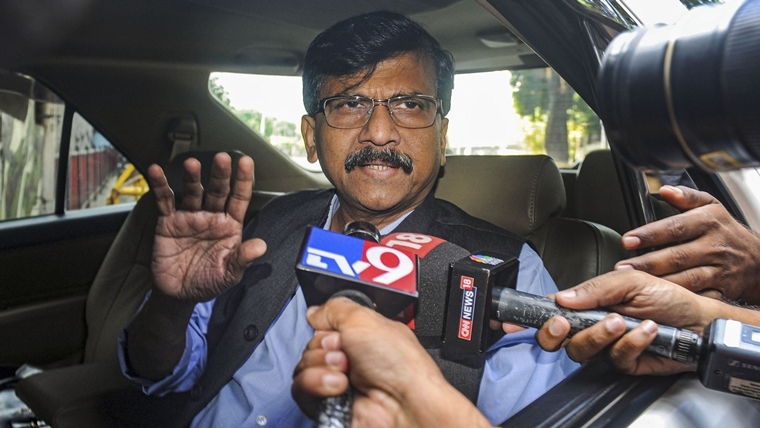 Talking to reporters, Raut also said mental health clinics will be formed in various parts of Maharashtra for “such people” after the Shiv Sena-NCP-Congress combine comes to power in the state.

“The BJP leaders will go crazy if they are thrown out of power. They will lose their mental balance, as we are going to prove our majority during the floor test,” Raut claimed. “Once we form a government, we will build a special hospital to treat the mental illness of BJP leaders,” he said. BJP trapped in its own game now: Sanjay Raut

Raut said his party, the NCP and Congress have the required numbers and will prove to Governor Bhagat Singh Koshyari that they have the numbers to form government in Maharashtra.

Raut said the Shiv Sena, NCP and Congress have signatures of all their respective MLAs to prove majority in the House. He said BJP acted like “Chambal dacoits” to form government in the state without a majority.

“The Shiv Sena, NCP and Congress will have at least 10 MLAs more than the BJP when the floor test will be done in the Assembly,” the Rajya Sabha member said.

After the BJP made a comeback to power in Maharashtra on Saturday with the help of Ajit Pawar and NCP’s unspecified number of MLAs, some legislators of the Sharad Pawar-led party went ‘missing’.

Raut alleged four MLAs of NCP were “detained by either the BJP or Haryana Police” as the party is in power in that state. “They can stoop to any level to gain political power,” he said, claiming Sena workers “rescued” four NCP MLAs from a hotel at Gurugram in Haryana.

Raut said he has heard the BJP is ready to share the CM post with Ajit Pawar for 2.5 years. “They were not ready to do the same with us. We will outsmart the BJP when it comes to prove the majority,” he said.

He also cited the example of state’s first chief minister and Congress leader Yashwantrao Chavan who had refused to stake claim for government formation despite an invitation from the then governor.

Raut said Chavan had asserted that since his was not the single largest party in the House, he refused the offer.

About reasons behind NCP leaders trying to convince Ajit Pawar to come back to the party fold even as he has been removed as leader of the NCP’s legislature wing, Raut said, “Nobody wants a split in family over politics.”

“Even I had visited MNS chief Raj Thackeray (cousin of Sena chief Uddhav Thackeray) when he defected from the Shiv Sena,” he said. Ajit Pawar may have taken the step (to support the BJP) emotionally, which his party leaders want to correct, the Sena leader said.