Senior Congress leader Satej Patil, who is President of Kolhapur District Congress Committee and former Maharashtra minister, is the man behind the initiative.

Senior Congress leader Satej Patil, who is President of Kolhapur District Congress Committee and former Maharashtra minister, is the man behind the initiative. 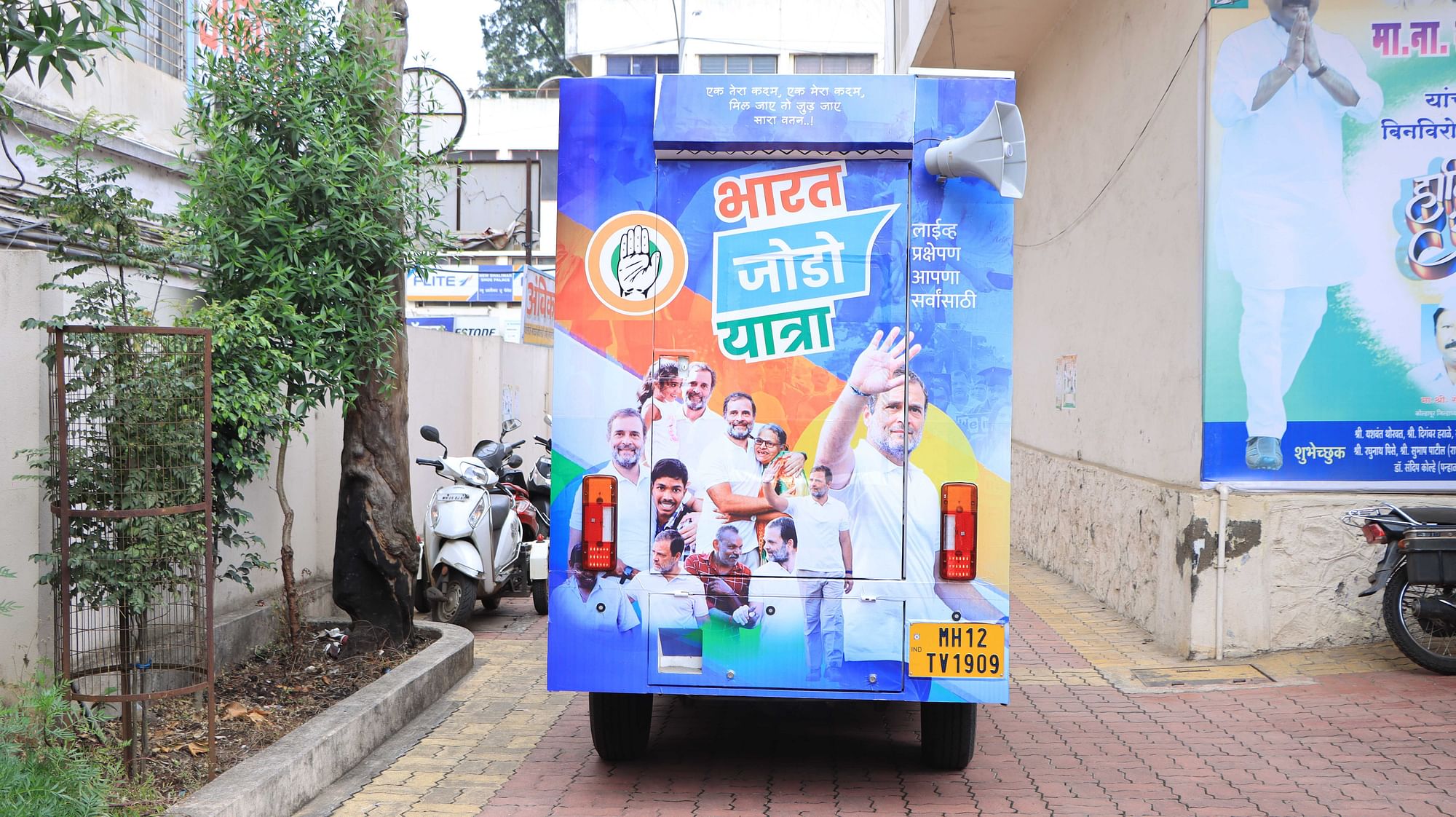 Soon after the launch, the drive got an overwhelming response from other Congress leaders from various parts of the country, announcing plans to replicate the initiative in their respective districts/cities.

Equipped with LED Screens and a livestream facility, Bharat Jodo Raths will travel to complete lengths of 1.239 villages, in addition to urban pockets over next 100 days.

The Raths will live stream "Bharat Jodo Yatra" which is being led by Congress leader Rahul Gandhi since the last one month. Senior party leaders such as Balasaheb Thorat, AICC Maharashtra in-charge HK Patil attended the launch event held at Dasara Chowk on Saturday. The Marathi theme song for Bharat Jodo Yatra too was launched on the occasion. "Rahul ji has embarked on Bharat Jodo Yatra to save the Indian Constitution. Nobody can stop the Yatra as it has been organised to unite the country and stop hatred being spread by them. The atmosphere in the country has been changing and the support Rahul ji is getting for his Yatra is testimony to it," said Digvijaya.

"Bharat Jodo Yatra is an attempt to save the country from the attempt to divide it. The initiative of Bharat Jodo Rath is in support of the Yatra. RSS chief Mohan Bhagwat was compelled to go to masjids twice in a month of the Yatra. Nobody had believed that Rahul ji would succeed in organising such a huge Yatra. He has reaf firmed his candid and sin cere image," he added.