15 of them are women, claim district authorities
Sanjay Jog 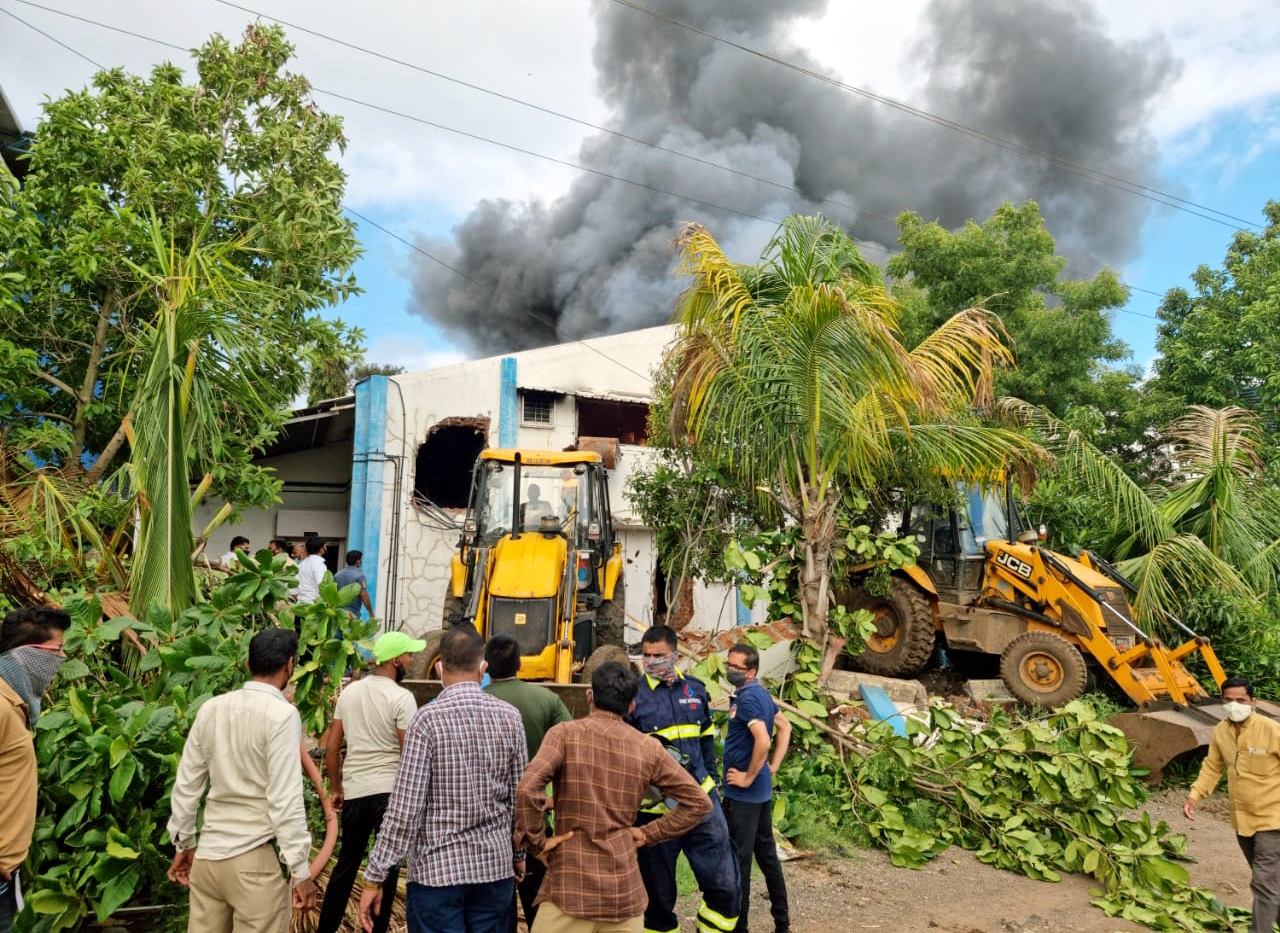 Mumbai, June 7: At least 18 workers were killed in a major fire at a chemical company in Pune on Monday. Fifteen of the deceased were women, said district authorities. The incident occurred at SVS Aqua Technologies, which manufactures chlorine dioxide, and is located in the Pirangut MIDC area of Mulshi tehsil, on the outskirts of Pune city.

Police have registered a preliminary case and launched an investigation.

Deputy Chief Minister Ajit Pawar has announced that the state government will provide Rs 5 lakh to each of the families of the victims. “The fire has been extinguished and cooling operations have begun. Once these are complete, the primary cause of the fire will be known. The Pune district collector has formed a committee headed by the Maval subdivisional officer to inquire into the cause of the fire. Only after the committee’s probe will the exact be known and only thereafter can responsibility be fixed for today’s fire,’’ Pawar said. Currently, priority was being given to the treatment of the injured.

Pawar said he had directed the district administration to take necessary precautions to prevent such incidents in future.

Pune District Superintendent of Police Dr Abhinav Deshmukh said that the unit where the fire broke out was engaged in manufacturing chlorine dioxide for water purification.

“So far, we have recovered 12 charred bodies, mostly women, from the spot and a search is on for others,” said Devendra Potphode, Chief Fire Officer, PMRDA ((Pune Metropolitan Region Development Authority), Fire Services, said early during the day.

Potphode said that six to seven fire tenders were rushed to the spot. The flames had been doused and a search was currently underway for the workers who had gone missing.

He said that according to company officials, the fire had broken out during the packaging of plastic material within the premises. “Because of a spark in the (packaging) section, a fire broke out and as there was plastic around, it spread rapidly,” he added.

Union Home Minister Amit Shah tweeted, “Shocked to hear about the heart wrenching accident that took place due to fire in a chemical factory in Pune. I express my condolences on the irreparable loss of those who lost their loved ones and pray to God for the speedy recovery of the injured.’’

NCP MP from Baramati Supriya Sule tweeted, “The incident is very painful. A heartfelt tribute to the deceased.”