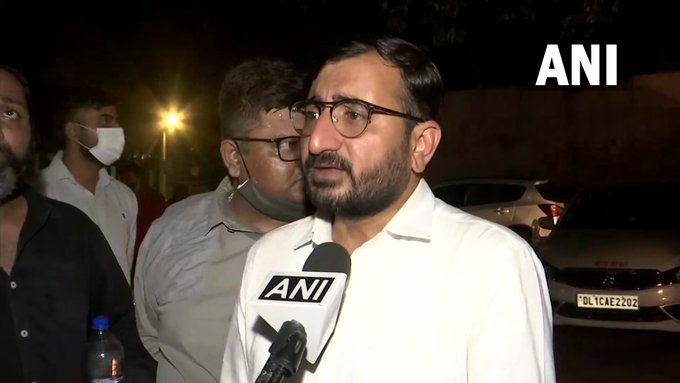 The Mumbai Police have summoned BJP worker Manish Bhanushali, a witness in drugs on cruise ship case for questioning .

The summons were issued following Pune police's arrest of Kiran Gosavi, another witness in the case.

Gosavi was arrested by Faraskhana Police station in Maharashtra's Pune in connection with a cheating case lodged in 2018.

A case was registered against Gosavi with Faraskhana police station on May 19, 2018, for allegedly committing fraud by promising a person a job in Malaysia by taking money.

The accused was booked under sections 419, 420 of the Indian Penal Code (IPC) along with relevant sections of the Intellectual Technology (IT) Act.

Chargesheet was filed in the court as the accused was not found. He is still wanted in the case.

Gosavi is a witness in the Mumbai cruise drugs case in which Bollywood star Shah Rukh Khan's son Aryan Khan was arrested under the NDPS Act.

He was detained earlier today by the Pune Police three days after he claimed he would surrender at a police station in Uttar Pradesh's capital Lucknow.

Prabhakar Sail, who is the personal bodyguard of Gosavi and also a witness in the Mumbai cruise ship raid case, had alleged that NCB Zonal Director Samer Wankhade and some other NCB officials had sought Rs 25 crore from Shah Rukh Khan in order to release Aryan Khan.

Other than this, a case of fraud has also been registered against Gosavi at the Kelwa Police station in Palghar on October 18. As per the police, he had duped people of lakhs of rupees on the pretext of sending them abroad for jobs. Watch video: All allegations against me are false, a minister is behind Prabhakar Sail, says NCB's...