He was answering a question about objections being raised against the manner in which the bill to bifurcate Jammu and Kashmir.
Agencies 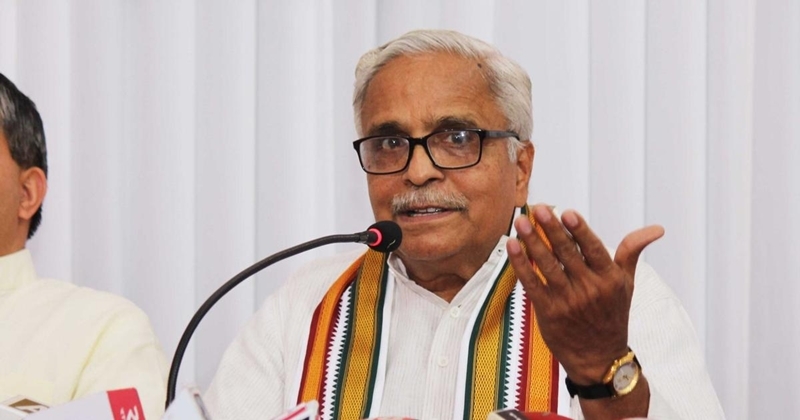 Mumbai: RSS general secretary Suresh alias Bhaiyyaji Joshi said on Tuesday that there was nothing wrong with the way provisions of Article 370 were scrapped and the Rajya Sabha chairman can make an exception to rules in "national interest".

He was answering a question about objections being raised against the manner in which the bill to bifurcate Jammu and Kashmir and a resolution abrogating provisions of Article 370 were introduced and passed in the Rajya Sabha.

"I do not think the Centre has done anything wrong in the way Article 370 has been abrogated," the senior RSS leader told reporters here.

He said chairman of the Rajya Sabha has some rights and he can permit discussions on some issues, which are in the national interest, in his own powers.

"There is a rule that a bill should be circulated among members before discussing it in Parliament, but considering national interest, it is not mandatory upon the chairman to abide by the rules," Joshi said.

"He has the right (to decide how to conduct proceedings) and he has exercised it," he said.

Asked why the opinion of the people of Jammu and Kashmir was not sought, Joshi said that in his opinion, this government took the decision to abrogate provisions of Article 370 within constitutional framework, because it was temporary since its introduction.

"Unless and until Jammu and Kashmir citizens do not become part of India, how will they and their state progress? Questions should be asked why the state has not progressed," said the RSS general secretary.