Archbishop Oswald Gracias will be offering an Eucharist on Monday for Pope at Holy Name Cathedral and will attend the funeral on Thursday.

Oswald Gracias, Archbishop of Bombay, paid his condolences to former Pope Benedict XVI who passed away at the age of 95 on Saturday morning.

Archbishop Gracias will be offering an Eucharist on Monday for Pope at Holy Name Cathedral and will attend the funeral on Thursday, in a video message said, "The Church all over the world is in mourning because our dear Pope Benedict the XVI is no more.

"Not only the Church but many people of Goodwill are sad.... Acumenism, Inter-religious dialogue, traditions of the Church and liturgy were particularly close to his heart..... I would describe him as the greatest Christian Theologian of the 20th Century. 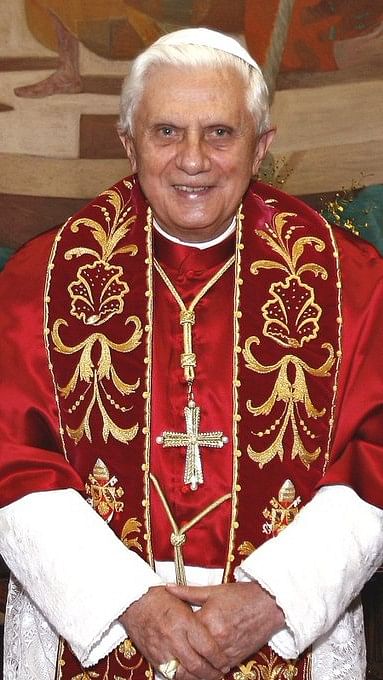 "Accepted and appreciated by Catholics and Protestants theologians alike. His writings were always brilliant. On a personal note, I made it a point to read much of what he wrote. I always got some new insight into theology, or spirituality, liturgy after reading his articles.

"I once told him so and thanked him for his writings. I was overjoyed when in last Christmas I sent him my greetings and he responded by sending two of his books. He was the kindest, gentlest and humblest of persons..... 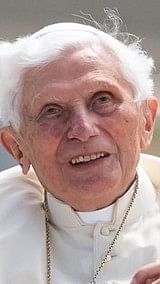 "My closer personal contact with him began when in 2006 he transferred me from Agra as Archbishop of Bombay then created me Cardinal next year. I met him several times after that. He was sometimes misunderstood by people because he was firm on principals and zealously worked for Orthodoxy in faith. "His legacy lives on. Spiritual, theological, pastoral. The example of his priestly life and sanctity will continue to do good to all of us. I am inviting people to pray for him...," the Archbishop said.