ED is investigating the money laundering case under the Prevention of Money Laundering Act (PMLA) against Deshmukh. It registered a case against Deshmukh and others based on a corruption case filed against him by the Central Bureau of Investigation (CBI).

Deshmukh is accused of allegedly misusing his post while serving as Home Minister. It is also alleged that the leader through dismissed police officer Sachin Waze collected Rs 4.70 crore from various bars and restaurants in Mumbai. The money was allegedly laundered to the Nagpur-based Shri Sai Shikshan Sansthan, an educational trust controlled by Deshmukh's family.

Former Mumbai Police Commissioner Param Bir Singh had levelled the charge. The CBI filed its FIR against Deshmukh on April 21 this year based on a Bombay High Court ruling on April 5. However, Deshmukh has repeatedly denied any misconduct.

The ED had arrested Anil Deshmukh's personal secretary and personal assistant following raids in Mumbai and Nagpur on them and the NCP leader. His son-in-law was previously questioned by the CBI regarding the leak of an inquiry report.

Read Also
Pandora Papers explained: How the super-rich use tax loopholes to squirrel away their wealth 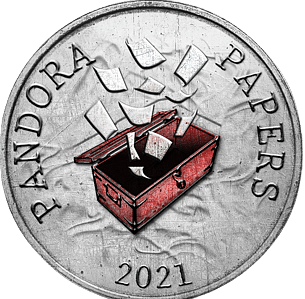