Sanjay Bapat, who believes in helping people in any way he can, not only donates blood but also encourages and arranges food donors, considering the current pandemic.

Mumbai: A 54-year-old biomedical engineer has created a record in the country by donating platelets 284 times as of Saturday. Sanjay Bapat, who believes in helping people in any way he can, not only donates blood but also encourages and arranges food donors, considering the current pandemic.

Speaking to the Free Press Journal, Bapat, who has always been an avid social worker, has been donating blood every three months since 1987. However, when he learnt about the blood platelet and plasma donation in 1996, he began donating the platelets every 45 days, with the hope that blood banks never run dry.

During the pandemic, a number of surgeries were either cancelled or postponed, posing a problem for blood banks. Bapat said, in the last 11 months of the pandemic, he has donated platelets 21 times.

“I am a regular blood donor and I have donated blood at least 56 times so far. Being in the biomedical engineering field, I had my usual visits to hospitals. In 1996, I learnt about a new machine brought in at Tata Hospital, which used to separate the platelets. I became the third donor on that new machine. Back then we could donate blood platelets once in 45 days, but as new findings emerge, we can now donate platelets in 15 days — new platelets were formed in five-six days,” Bapat said.

Bapat's donation figure has now reached 284. “I have always believed that this is the least we could do for the society. We also arranged blood donation camps as the supply is far lesser than the demand. I believe that in 365 days of a year, I should be able to arrange at least 365 bottles of blood,” Bapat added. He aims to create awareness about blood donation amongst citizens by donating platelets in hospitals or blood banks.

Apart from donating blood, Bapat also arranges food donors and has helped arrange over 160 food donors. “Once I cross 58 years of age, I will not be able to donate blood or platelets. But I also don’t want to be useless and hence want to help as much as I can,” Bapat concluded. 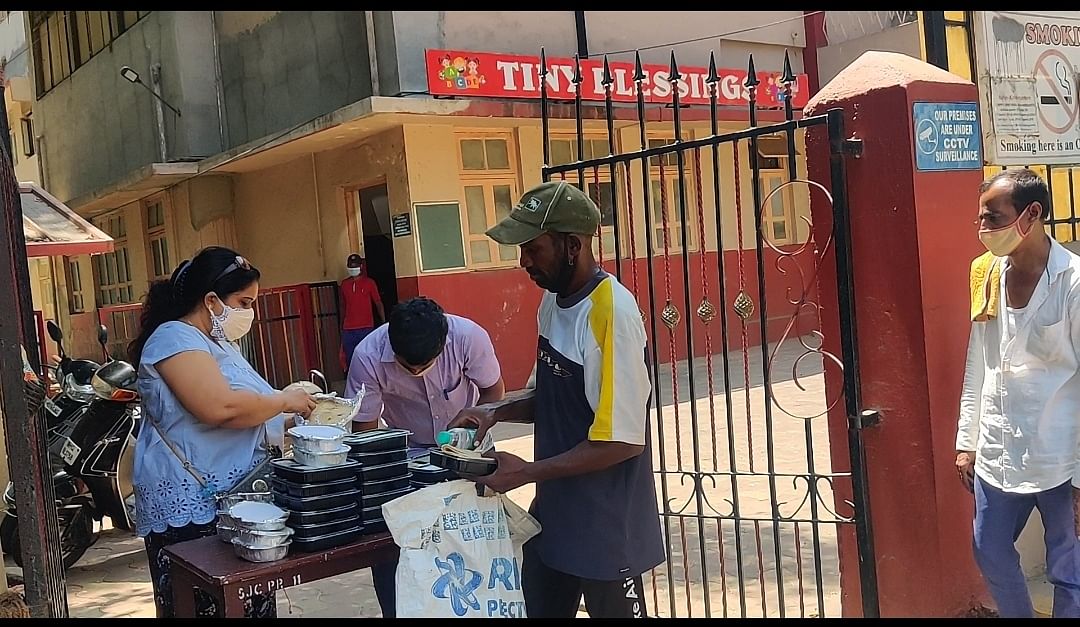