The Free Press Journal’s year-long programme, ‘Angels of Mumbai’, for 2022 saw prominent Mumbaikars nominating someone they are grateful to; whose small act has made a big difference in their lives in recent years. This is the final list of nominees and the initiative culminates with our esteemed panellist selecting 10 special winners, who will be announced on December 31.

Bani Das and Robin Chaurasia, founders of Kranti |
Follow us on A resident of the Ambedkar Nagar slum in Cuffe Parade and owing his own education to non-profits Magic Bus and The Doorstep School, Prakash Chavan was always keen to provide better access to education to the children in his slum. In 2009, he started Rainbow Foundation with friends, setting up a centre to provide non-formal education to uneducated women and preschool education to young children who would then get admitted to the local municipal school.

To solve the problem of dropouts, Prakash decided to offer sports training to the children who came to the centre, followed by classroom lessons. Alongside some volunteers, he also managed to rope in a professor from SNDT College to visit and give lectures.

Though the foundation was registered in 2018, Prakash and his team are still raising funds, having operated until now with donations in kind, including books, stationery, food, etc. During the pandemic, moved by the plight of those who lost jobs and homes, Prakash, who himself works at a south Mumbai school, began to liaise with other non-profits to distribute ration kits, food packets, blankets and other materials in Ambedkar Nagar as well as elsewhere in the city. 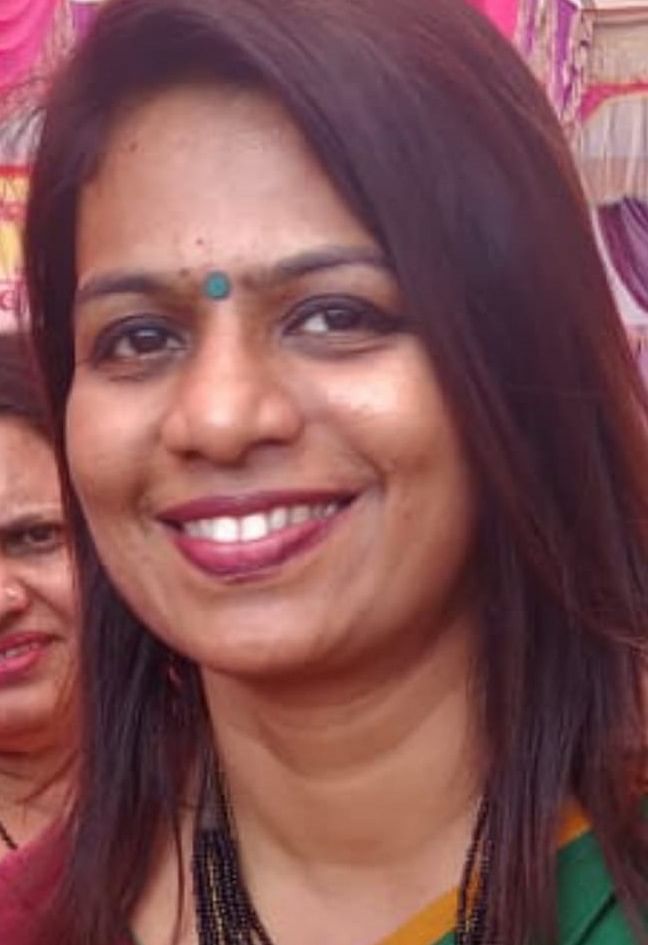 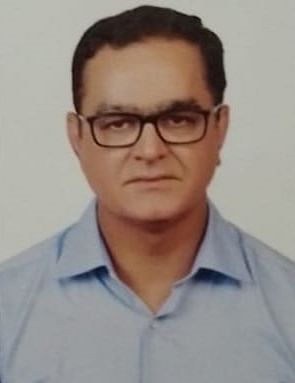 From organising a Secret Santa for children of schools located in the tribal pockets around Murbad and Dahanu to a daily annadaanam or food distribution, Shashi Shetty of Kalyan has a long list of social causes she is closely associated with.

Formerly a school teacher and a visiting faculty at Khalsa College, Shashi is an entrepreneur. Her social work started with a small group of friends providing food to tribal villages where they had received calls about children fainting or being unwell. Knowing there was malnourishment among children in the region, Shashi and her team launched their Annadaanam programme, starting with 50 children every day. They now feed a minimum of 700 children daily on a priority basis, with three community kitchens they established being run by local women. In Dahanu’s Charoti alone, 250 children depend on meals provided by Shah’s team every day. For nine years, Shashi has run ‘Aashayein, A Ray of Hope’, a project to distribute stationery kits to 20,000 poor students in rural schools of Dahanu and Murbad. With donor funds, Shashi also organises blood camps, health camps and donation of menstrual hygiene dignity kits. Bani Das was in her early twenties, a newcomer to Mumbai and a single mother, when she began to work with a non-profit that required her to visit women in prison. Through her work, she met Robin Chaurasia, an Indian-American woman also working as a volunteer in India.

In 2010, Robin and Bani set up Kranti, a non-profit dedicated to the higher education, employment, and long-term prospects of teenagers who were either daughters of sex workers from Kamathipura or themselves survivors of trafficking.

A few years ago, Kranti’s work came to light when one of their beneficiaries became the first Indian girl from a red-light area to study abroad and was also named in a Newsweek list of 25 Under 25. Kranti now supports 25 young women, aged 13 to 23, including six who are studying abroad, through funds raised by Robin and Bani. Seeking to break away from a tradition of teaching girls from difficult backgrounds to earn a living by selling pickles and papad, Kranti gives the girls a place to live in Mumbai and uses therapy, theatre, travel, workshops, and spirituality to help the girls tap their best potential. 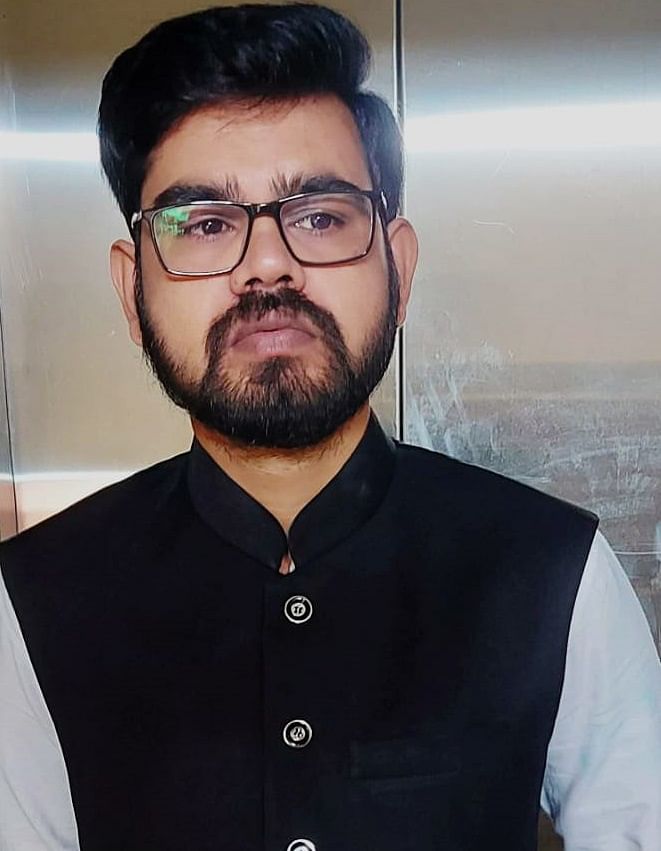 A PhD student at TISS researching social justice policies in higher education and post-matric scholarships in Maharashtra, Digambar Surlata has some major victories under his belt already. In 2018, following representations led by him, the Maharashtra state government widened its budget for the Swadhaar scheme, which provides financial assistance for accommodation and food for scheduled caste students in towns or cities away from their hometowns. From an unutilised annual allocation of Rs 5 crore, the budget was widened manifold, with Digambar continuing to liaise with the government on its implementation. Earlier, he was among those leading the fight to extend eligibility for state-sponsored scholarships for SC students from Rs 2 lakh to Rs 2.5 lakh.

Under his leadership, the Ambedkarite Students Association at TISS and its allies won all seven executive posts in the student body elections in 2022, a first for any university in the country. That the president’s post is held by a transgender student from the north-east is evidence that Maharashtra’s Ambedkarites are preparing more youngsters to take forward Ambedkarite ideology, Digambar says.

Belonging to Nashik, Digambar was earlier the programme officer at TISS’s SC/ST cell overseeing student scholarships. His MA research subject was ‘Learning To Die’, based on narratives of Dalit students who died by suicide across Indian higher education institutions. 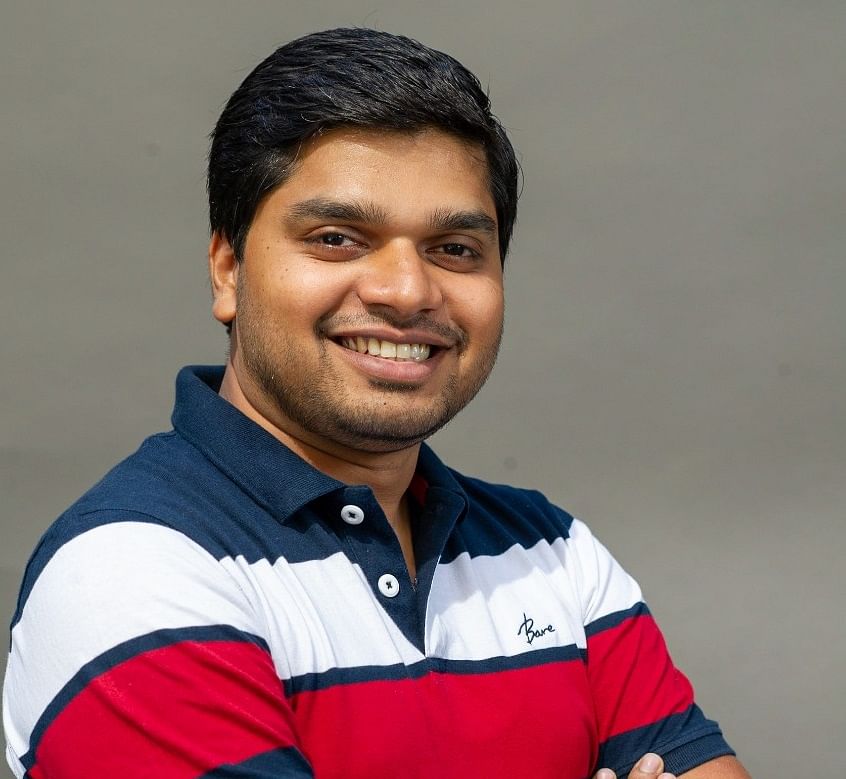 Disturbed by the sight of migrant labourers crowding at railway stations when the first Covid-19 lockdown was announced in 2020, Radheya Mane and Ruchir Suvarna, then 25, raised some money from friends and family and began to provide biscuits, water and food packets at Lokmanya Tilak Terminus and Chhatrapati Shivaji Terminus. As financial distress continued, the two friends began to organise grocery kits, each with 5 kilos of wheat and rice, oil, and other essentials for a family of four to survive 15 days.

Through social media and networking with other groups, they began to plot where communities needed help and, after verifying requests, distributed ration kits, sanitary napkins, books and stationery kits. At every sanitary napkin distribution drive, they or a woman friend also gave a brief menstrual hygiene lecture.

Since then, they assess the total number of lives they’ve impacted at over 18,000. Now a registered non-profit, they’ve distributed over 1700 grocery kits, assisted over 1,000 students, distributed over 25,000 sanitary pads and assisted in over 100 medical emergencies. Radheya, a civil services aspirant, and Ruchir, who has a job in the private sector, have raised over Rs 15 lakh in funds, with their friends supporting their drives. Abdul Munaf was 17 years old when he started a Facebook page named ‘Help others’, in 2017. Keen to do something for the poor, he began to distribute idlis, biscuits and poha with his school friends to residents of the slums in Ghatkopar. He also worked for his family’s dairy business, and used the pocket money that he got to fund his social activities. In 2018, when he was in Kota, Rajasthan, he started Gully Classes with his friends. where they taught underprivileged kids in a garden and on a street corner. He now runs Gully Classes in Jagruti Nagar in Ghatkopar (West), where 90 students study. Apart from teaching the students, Abdul’s volunteers also conduct extra curricular activities, provide books and stationary, snacks, a tiffin box, water bottle and school bags. Jagruti Nagar’s Gully Classes run in a garden. They also started a Gully Classes centre in Azad Nagar but had to rent a room due to the lack of a garden or public space. In a short span of time, as students increased, they rented a bigger flat for Rs 13,000 a month. They also participate in the Mithi river clean-up at two locations on weekends with the students, mostly children of migrant workers. 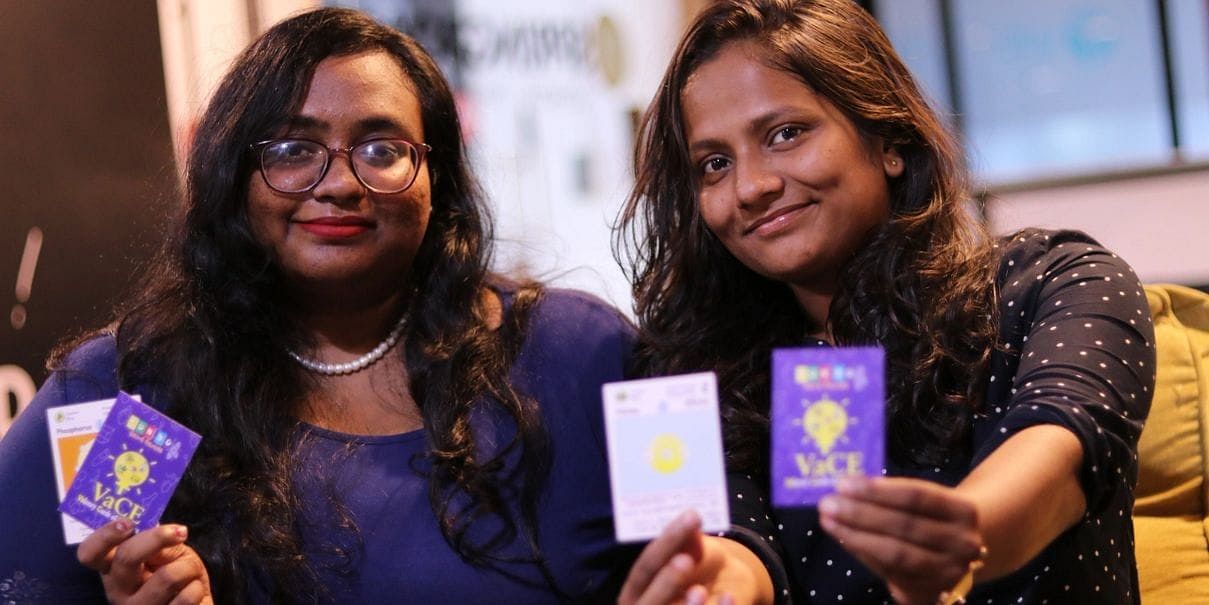 Looking to improve education for underprivileged groups, Jogitha and Linsha, both from a science background, came up with games to simplify basic concepts in science, beginning with a workshop in a Navi Mumbai school.

Science Didi was born when the girls fine-tuned a bilingual Hindi-English chemistry periodic table card game developed by Linsha's husband Nikhilesh in 2015, through an ‘Asan Vigyan’ or easy science project. ‘Valency Cards of Elements’, now a 36-card set that retails online and through their workshops and their website, helps students grasp and remember the periodic table, a basic chemistry concept.

When the pandemic hit and their workshops were suspended, they realised that education for Turbhe slum children had stopped altogether. Then began a remedial school programme with 60 students, including a midday meal, while teaching English, Science and Math.

Science Didi continues to do the easy-science workshop for free, asking those who can afford it to buy their card game. More games are undergoing testing in their workshops, including one to understand menstrual health. They continue the remedial education work with the help of volunteers from local colleges in seven locations around Navi Mumbai. The Founders both have full-time jobs but they hope to go into Science Didi full-time to realise their dreams of better education. Started in 2015 as a citizens’ welfare and grievance redressal platform, the Mumbai North Central District Forum, catering to the entire Parliamentary constituency of north-central Mumbai, has grown into a multi-faceted civil society group working voluntarily towards participatory governance.

Trivankumar Karnani, an advocate, set up the initiative as a group of like-minded volunteers. His first initiatives were mostly municipal issues, getting local authorities to address bad roads, garbage, encroachments of public spaces, etc. Slowly, they began to also highlight the progress they had made, and forward citizens’ recommendations to elected representatives as well as officials. Their ‘flying squads’ of volunteers now monitor violations of municipal norms. In addition, MNCDF provides pro bono legal advice to citizens.

Established on the belief that citizens play a crucial role in governance, MNCDF motivates residents to register grievances through lawful means. Their network of volunteers also upload pictures of potholes, bad roads, garbage, etc, around their area and post these on social media, tagging the relevant authorities. Twenty-two-year-old Saakshi Teckchandani set up Planet For Plants And Animals (PPA) in 2020 to give structure and enable collaborative work in two fields she is passionate about — environmental protection and animal welfare. Saakshi’s most recent initiative at PPA was to put reflective collars around the necks of stray dogs to prevent them from being hit by speeding vehicles at night, a programme conducted with college students organising Kshitij, the Mithibai college festival. Nearly 893 dogs were collared across Mumbai Metropolitan Region.

In November, on the occasion of International Mountain Day, PPA collaborated with the Clean Upper Dharamshala Program to clean McLeod Ganj, home to the 14th Dalai Lama, an initiative to create awareness about the importance of mountains. Earlier, to observe environment day and other important calendar milestones, Saakshi organised an urban forestation initiative for tree plantation in collaboration with the United Nations Environment Program.

They are a volunteer-driven organisation mobilising support through their social media handles including the Instagram handle @PPAIndia. A teacher for differently-abled children, Vidya’s social work journey began during the pandemic. Initially, upon realising that the families of children who attended the school she worked in were struggling with financial difficulties, she began to help distribute groceries and sanitary napkins. Several times she helped organise ration distribution for about 200 students’ families in Dharavi, roughly about 1,000 kits in all, and over 5,000 sanitary napkins. Other areas she worked in were Mahim, and Matunga Labour Camp.

Vidya also visits the Jyotirmay Center in Vile Parle, where adults with disabilities are given training in livelihood skills. She is associated with river clean-up drives, and partners with other non-profits to organise distribution drives for ration, food and menstrual hygiene kits. In addition, Vidya is also supporting a group of children in Rajasthan who are playing softball and currently taking training in Karnataka, helping them with sporting gear.