A Special Investigation Team (SIT) of Mumbai crime branch, who were investigating the fake encounter case had unsuccessfully been looking for Gujjar for the past three years, until on Tuesday
Staff Reporter 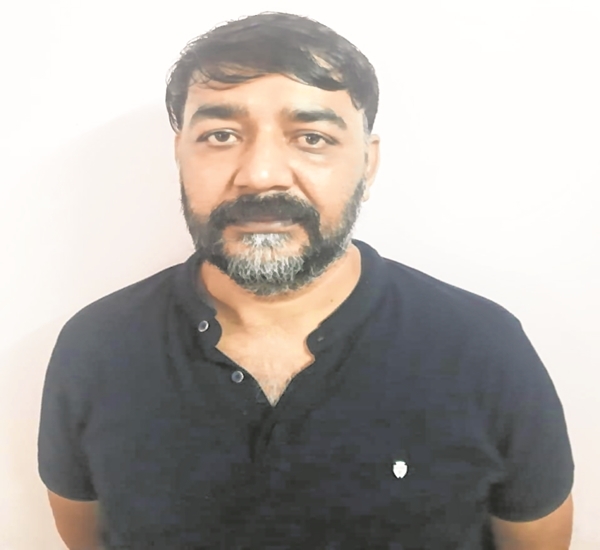 Mumbai: Three years after the alleged fake encounter of the Haryana-based gangster, Sandeep Gadoli, Mumbai police have finally arrested the conspirator, Virendra Kumar Gujjar, alias Binder, 41, at whose behest the five Haryana policemen came to Mumbai in 2016 and killed Gadoli at a hotel in Andheri East.

A Special Investigation Team (SIT) of Mumbai crime branch, who were investigating the fake encounter case had unsuccessfully been looking for Gujjar for the past three years, until on Tuesday, when he was finally nabbed from Haryana. The SIT Mumbai had received a tip-off about Gujjar’s movements when they made the last ditch attempt.

Gadoli a dreaded gangster in Haryana, was killed on February 7, 2016 in a fake encounter at Airport Metro hotel, in Andheri East. According to Mumbai police, Gujjar had conspired to kill Gadoli with the help of five policemen from Gurugram. An aspiring model, Divya Pahuja, and her mother Sonia are also said to be integral to this conspiracy.

According to the chargesheet filed by Mumbai crime branch in October 2016, Gujjar had planned to murder Gadoli and made it looked like an encounter. This was a conspiracy hatched by Gujjar with the Gurugram Police.

According to the Mumbai crime branch officers, Gadoli and Gujjar were arch-rivals and several gang wars took place due to their rivalry. In the scheme of things, Gujjar was the loser and that is why he conspired to finish Gadoli, using the honey trap with the help of the model Divya.

After the encounter, the MIDC police had initially registered murder case and an attack on Gurugram police but during the investigation, the SIT learnt it was a staged encounter.

The CCTV footage captured during the police firing shows Gadoli was taken by surprise and was unarmed. He had not shot any round.