The arrested accused was identified as Akash Dashrath Chavan, 26, a resident of Rabale MIDC in Navi Mumbai, and he admitted to having committed the crime.

Navi Mumbai: Turbhe MIDC police arrested a 26-year-old man from Rabale MIDC on September 6 for allegedly murdering a 55-year-old man after the deceased resisted giving away his wallet.

The arrested accused was identified as Akash Dashrath Chavan, 26, a resident of Rabale MIDC in Navi Mumbai, and he admitted to having committed the crime.

The deceased was living alone under a flyover in Mhape and, taking advantage, the accused tried to steal money. According to police, on September 3, Chavan, a drug addict with several cases of theft registered against him, tried to steal money from Vata’s possession. When Vata resisted, Chavan hit him with a paver block on his head and also stabbed him with an unknown weapon on his chest and stomach.

Police found the body of the deceased, identified as Venkatesh alias Appa Vata, living alone behind the Mahape traffic post under the dilapidated flyover. The crime was committed between 7 pm on September 3 and 11 am on September 4. Initially, the police registered a case of murder against an unidentified person after grievous injuries were found on the body of Vata.

The Turbhe MIDC police formed multiple teams for the investigation of the case. Meanwhile, sources informed the police about Chavan’s involvement. The police took him into custody on September 6 from Rabale MIDC and when he was interrogated, he admitted to having committed the crime.

During the investigation, police found that Chavan was involved in at least six other crimes for which cases were registered at Turbhe MIDC and Rabale MIDC police. He was earlier externed for two years by MMR and Raigad district. 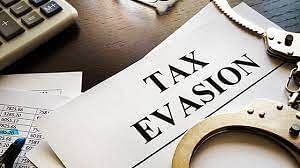