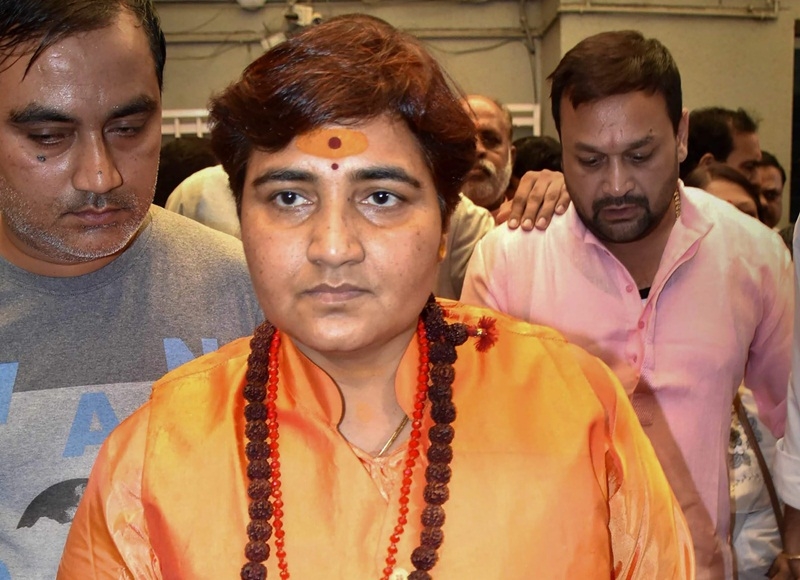 Mumbai: Bharatiya Janata Party’s (BJP) candidate Pragya Singh Thakur told a special court on Tuesday that she was not barred by any law from contesting Lok Sabha polls. Thakur, the prime accused in the 2008 Malegaon blast case, has claimed her candidature from Bhopal, Madhya Pradesh is legal.

This comes in response to a plea filed by Nisar Bilal, father of a boy who perished in the blast. In her reply filed through advocate Prashant Maggu, Thakur has urged special judge V S Padalkar to dismiss Bilal’s plea as it is ‘frivolous’ and has been filed to further a ‘political agenda’.

“Bilal has deliberately chosen this court to ventilate misconceived and frivolous application for publicity and for extraneous reasons with political agenda. This has not only wasted the precious time of this court but also attempted to consequentially drag, demean and lower the dignity and reputation of this court,” Thakur said in her response.

Thakur has further claimed Bilal has filed this plea only to abuse the process of law and demanded a stern action against his ‘conduct’. Meanwhile, the National Investigation Agency (NIA) in its reply to Bilal’s plea has given a ‘no objection’ to Thakur’s candidature.

The agency through special public prosecutor Avinash Rasal submitted that it has no jurisdiction to say anything in the matter. “The issue of contesting elections can neither be dealt with by this court nor the NIA. It is to be decided by the Election Commission of India (ECI) alone,” the probe agency said.