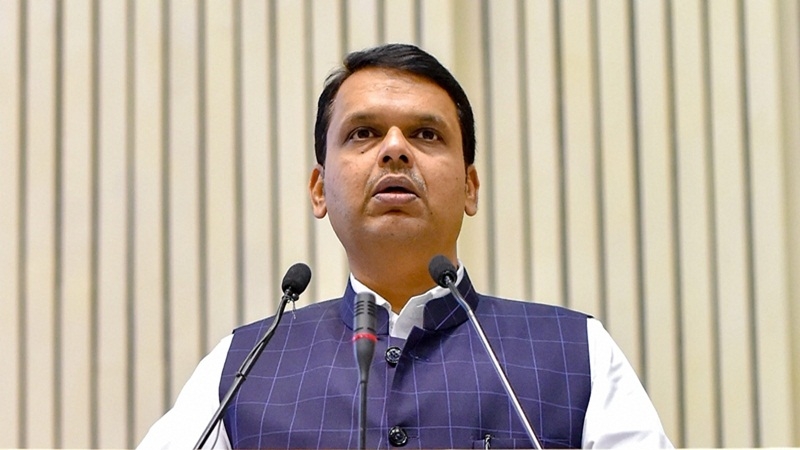 Thane: Maharashtra Chief Minister Devendra Fadnavis Thursday said the voters in the ongoing Lok Sabha elections have to choose between the BJP’s development agenda and “anarchy” represented by the Congress-led opposition.

He said the Congress-led UPA government had no guts to act when Mumbai was attacked by terrorists in 2008. Addressing an election rally in support of BJP-Sena alliance’s Lok Sabha candidate from Bhiwandi Kapil Patil, he said the voters should give a second term to Prime Minister Narendra Modi. Fadnavis came down heavily on the Congress for its string of “failures” during its decades long rule in the country.

During his almost half an hour speech, the BJP leader listed the achievements of the Modi government. “What the Congress gave to the common man during its 60-year rule was nothing but ‘anachar’ (misrule), ‘brashtachar’ (corruption), he said. Fadnavis said speeches of Congress chief Rahul Gandhi and other party leaders were “entertaining” as they are bereft of substance. The Congress government did not take any action after the 2008 terror strikes in Mumbai, he said, adding the then Prime Minister had no guts to punish Pakistan, from where the attackers had come.

Attacking the Congress further, he said only Pakistan and the Rahul Gandhi-led party wanted proof of the causalities in the Balakot air strikes. Seeking support of electors for the BJP, he said these polls offer to the voters a choice between “those who are for development and those who are for anarchy”.