What happens when Mexican Rice meets Indian Pulao, Mole meets Curry, Salsa meets Tomato Chutney and Gorditas meets Parathas - You travel on a delectable culinary journey where you see a wealth of knowledge showcased through diverse cuisine - cooked up by an expat with a love for creating authentic local food that takes notice among those sampling it. And Mexican Chef Colibrí Jiménez is doing exactly the same. The Ambassador of Mexican Gastronomy Chef Jiménez recently curated a six-course bold and experiential menu paired with some fine beverages at W Goa in collaboration with World on a Plate.

The exclusive dining experience at the hotel's in-house diner Sylvia was a day affair with Chef Jiménez's love for promoting Mexican cuisine across the world. "What excites me is the different flavours and ingredients in Mexican cuisine. It's complex but it's interesting because you never stop learning and researching all the different flavours Mexico gave to the world,” says Chef Jiménez, who has, in the past, collaborated with several high-end diners for culinary exchange in India. 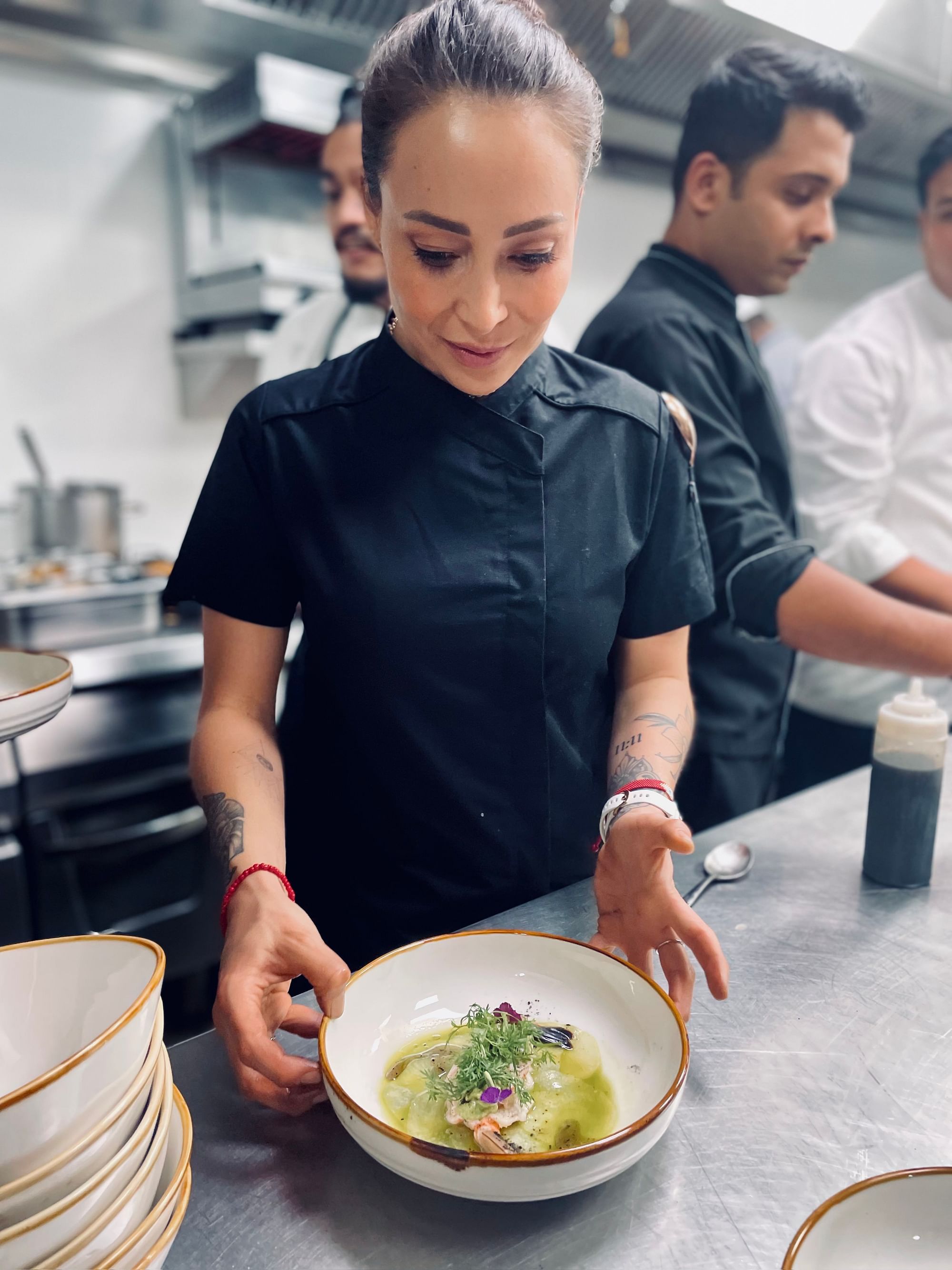 “But this is my first visit to Goa and I wanted the guests to revel in the bold flavours of Mexico. It’s always an honour for me to bring authentic ingredients from my country and share them with love through recipes and culinary techniques. My experience has been amazing,” says the Chef, who travels around the world to promote Mexican cuisine through master classes, workshops and collaborating with culinary events. Growing up in Mexico City with her grandmother, Jiménez learned the art of cooking at a very young age when the former would teach her the nuances of Mexican food. “My first job as a teenager was cooking at the age of 13. Since then I have always enjoyed being creative and innovating in the culinary world,” says the Chef and shares that being a female chef in the culinary world is not easy.

“It is hard. It’s way more challenging to be taken seriously as a female chef, especially in countries that still have a macho culture. Still, I believe my work talks for itself and I have been honoured with the opportunity to share in many countries,” says the author of a book, 'Una Aventura Gastronomica' which features stories and photographs of her journey in Mexico and its most remote corners.

While Jiménez enjoys cooking up traditional dishes in the most authentic way, she agrees that food is evolving and so is her kitchen reinventing through new techniques. “My kitchen keeps evolving by using the freshest ingredients and transforming them through new techniques, keeping ethics and sustainability as part of every innovation,” she says and adds that Mexican cuisine has many similarities with Indian food. “I think both cuisines and cultures are very much alike so it’s easy to create plates that go well with both cultures,” she adds. Classics recipes Vs fusion, we ask her to take on mixing cuisine to which she says that the classics will always be the classics, “but fusion is so interesting and bold to try. You have to be careful though not to overstep on the fusion side or else your work won’t be understood and appreciated,” opines the Chef.

With the world focusing more on sustainable practices to eradicate climate change, culinary experts are also emphasising on the zero-waste concept in food. The Chef says it is possible through creativity and by using the most out of each ingredient. “There are a lot of parts of some ingredients that don’t get used or considered and should be brought into creating plates. One can consider techniques such as fermentation, the non-use of plastic and compost,” she suggests and says that she has been bold in being creative, bold to break old paradigms while following a zero waste approach in her kitchen.

When asked about the changes she would like to see in the next five years, the chef hopes to bring communities together by feeding satiating food away from fine dining. “Plates should be bigger and also more accessible options should emerge,” she says. Do you make Indian food?

Yes, I like experimenting with Indian condiments and combining them with Mexican techniques.

What do you love the most about Indian food?

Its complexity and variety

Which is your favourite dish to cook and eat?

I love fresh, alive food. I always include seafood in my menus!

What is a common mistake people make while cooking?

Being scared of being creative and not getting the result they want. I would say don’t be scared, do it and try, that’s how you learn.

- Mexican food is the result of 3 cultures: ancient prehispánic, the Spanish with the colony and the oriental spices that came with Spain

- The main ingredients of our cuisine are: maize, beans and pumpkins Mumbai: Woodside Inn in Colaba ranks among the top places in the world to drink beer

Vh1 Supersonic 2023; apart from Anne-Marie and CKay performing live, here are 4 reasons why you...

One of India's most sacred Shiva abodes, Mahakaleshwar boasts the country's religious power