Vikas Khanna wears many hats — he is a Michelin-starred chef, author, filmmaker, and a philanthropist. As a chef, Vikas has cooked for the Obamas, the Dalai Lama, Pope Francis, Prime Minister Narendra Modi, and several world leaders, hosted TV shows with Gordon Ramsay, and written over 25 books. If anything, his many achievements and recognitions have only made him more empathetic and helped him evolve as a human being.

In an exclusive interaction with The Free Press Journal, Chef Vikas Khanna talks about the book, the movie, his bond with Indian cuisine, building a food empire while fighting personal battles, and reinventing Indian cuisine.

What inspired you to write Imaginary Rain and turn it into a movie with Shabana Azmi?

The inspiration for this book came from all the women who have been my support system. They are not recognised enough so I wanted to dedicate one book and a film to them. I am telling a story of an Indian female chef and Indian female chefs in hospitality industry are still a very big question mark. So, for me to put Shabanaji as a face who is acting as a failed chef in New York and how she goes back to India to get inspired about the food again was important to me. This is about all the people who invisibly stand behind us when we get the award because the light falls on us and not on them. I wanted to tell that story because I had all the women standing behind me. I didn’t want to make a film about me but about all the mothers and their struggles. How many times have they been called a son of someone? I wanted to start a communication about those who stand behind all these Olympians and Michelin stars and create a foundation for those winners. 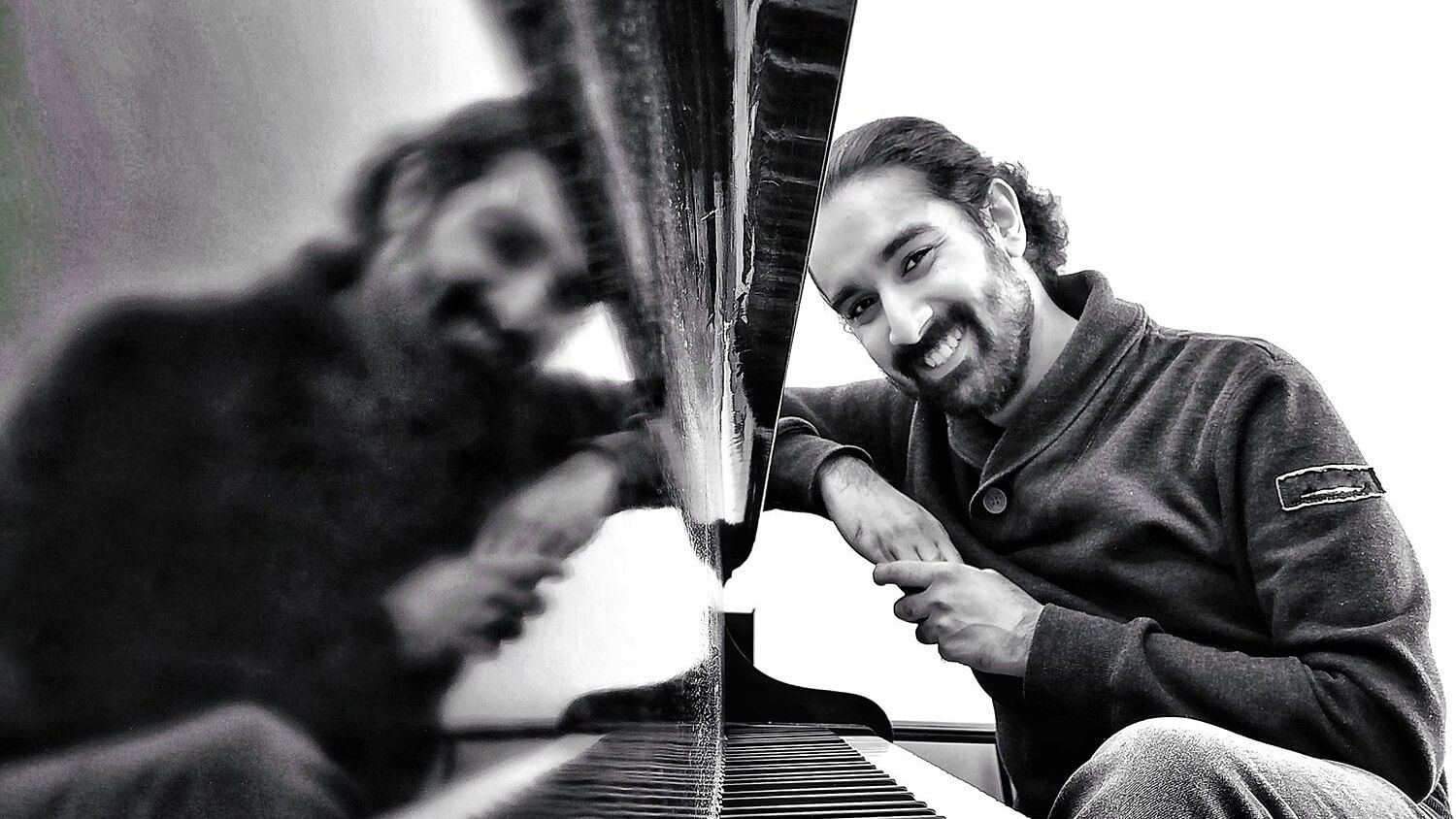 With your subjects, you have kind of humanised the food. How do you balance the real-life portrayal of characters with food in your books?

I feel this is a good time to tell stories of Indian chefs conquering the world and think about why it takes so long to achieve what we never saw happen. There is a need to talk about this shift. For food, I would say that I want to humanise the chef’s part of cooking. The cuisine is one of the biggest bridges between cultures across the world. I wanted to make it a human journey.

How have the people you have met and your experiences shaped you as a writer and chef?

When you run a restaurant, you become arrogant and you can see that because there’s pressure in running a Michelin-star restaurant. I realised this much later. In 2013, one lady came to my restaurant and she broke me down. She told me what I am and how they love me for what I was and not the one

I became after my restaurant — arrogant. That 90-year-old lady came from Toronto and it was her first dining experience in her life. She said that her family was from Amritsar and wanted to meet me because she felt I carry that smile of her hometown since I am from Amritsar. I was rude and said I can’t go out and meet her because my kitchen is busy. It’s very difficult to run a kitchen in a restaurant. The pressure is too much for a human mind when the entire America is watching you. You are too much into work and you suddenly feel defocused when someone says you are carrying the smile of their ancestors. That human interaction is the biggest example and has stayed with me. I accept my mistakes and say that I was not good. I try to be a good human being now.

Read Also
'Directing Shabana Azmi is one of the greatest highlights of my life': Chef Vikas Khanna 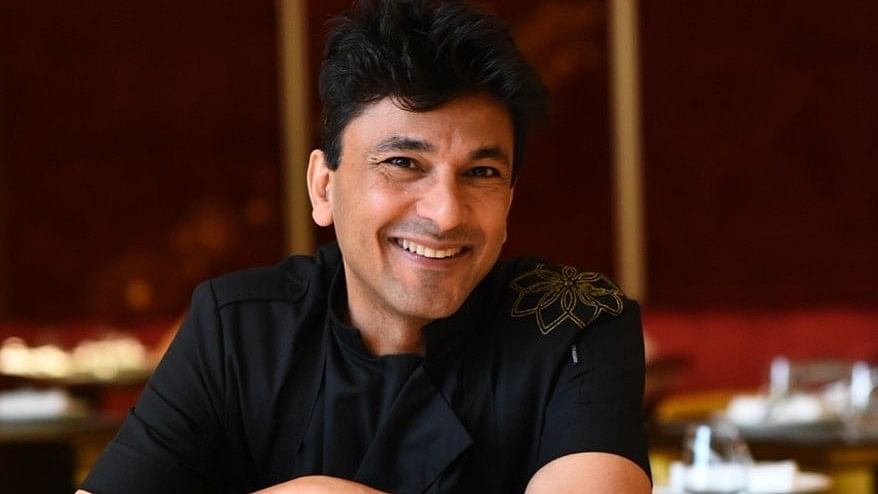 Achieving something on your own terms comes with a price. How was it for you?

In the last 23 years, I have lived a very public life and spoken about how dark this industry is. How hard it is for brown people or people of colour to rise without selling themselves. Someday you have to stand on your own ground to talk about Indian food and say that you can’t buy this and this is not for sale. It comes with a price. In the western world, they see you as you can never merge with us, of course, I am going to merge with you. But I am also going to be outstanding. It takes a lot. People find difficulty in pronouncing my name and say change it or my accent is not good, but you don’t want to do that. These things happen and these are very unsaid wars, very silent and under the table. I only do Indian cuisine and this is as unapologetic as it can be.

Lately, chefs are experimenting a lot with Indian cuisine globally, How do you see this?

This is a part of the fire game. When you burn the fire it is going to create some dark points. But it's going to give you light and cook. When there's so much attention, you can't run away from the fact that there will be abuse. 20 years ago it was hard for us to sell an Indian dish. People now know Chicken Tikka and Naan. We have to make the effort to tell them about our food and make it a vocabulary. Being the guardians we have to do that to promote Indian cuisine. Yes, there will be abuse and a lot of people will be making different things but that's fine. At a French restaurant, there's curry ice cream. The chef told me that 'you taught us many years ago'. It was fantastic. It is his interpretation that you can't make firewalls and say you can't do this. It is going to happen. it is inevitable when things become popular or relevant.

Did you also make compromises while making Indian food famous on foreign land and survive?

Many times. I used to hear that we make stuffed Idli filled with mushrooms and sauce. I did that. The name of the game is survival. People come after you and they abuse you but it's like you are just trying to survive. I have done Dosa with Cheese and I am not going to walk away from what I did. I was also staying alive and coming to terms and saying that this is the Indian food I am going to serve with no apologies, it takes a lot of hard work and credit building. I can't come from Amritsar to America and say this is the kanji and you have to drink it. There's so much building that went into it before you could stand on the stage and say this is how we eat it in India, of course, we have to first survive.

What helped you survive then and now?

Guilt! The guilt of leaving my mother and making sure that she is proud of whatever India I was representing. Making sure that she doesn't get the pressure of what I was going through. You want to give her the face that I am doing it for you so you sacrifice the most in this biggest equation. I am the biggest loser in this game. She lost the most when her young son walked out of the house to create a life for himself. That guilt keeps me going for every project that I take up. I feel guilty for not being with him when he died. I should have got my father. I should have asked him what he wanted. I accept that privileges were given to me because there was much more responsibility that came with it and I ran away from it. In this book, you will see the pain of the people who built you up.

New York or Amritsar, which place do you call your home?

My home is Varanasi, more than America and Amritsar. I love being in the city because no other city gave me that comfort. Most of my projects have happened in Varanasi. Amritsar is precious to me but every time I am broken or bankrupt, I have gone to Varanasi for inspiration.