History always repeats itself... in Hindi films at least! 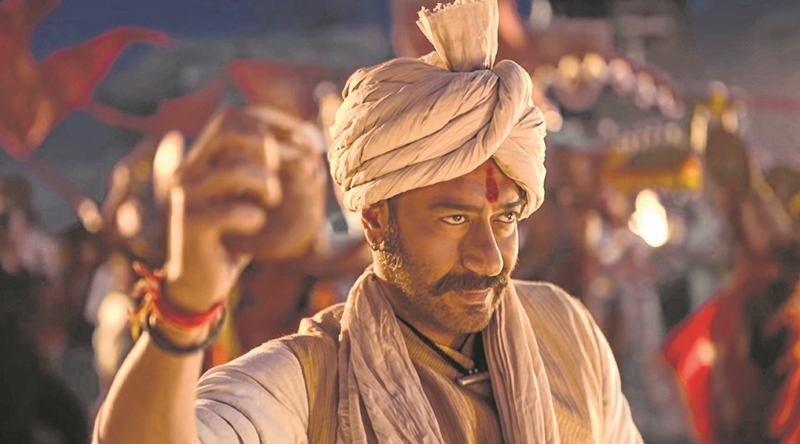 There was a time in the Hindi film industry when historicals were the flavour of the season. In the ’50s and ’60s, films like Mughal-E-Azam, Anarkali, Taj Mahal, Halaku, Sikandar-E-Azam, were lapped up by the audiences on the big screen with great music to support the genre.

Sohrab Modi, with his booming voice and majestic personality, made a reputation for himself with popular historicals like Pukar, Prithvi Vallabh, Nau Sherwane Adil, and Jhansi Ki Rani starring his wife Mehtab in the lead role.

Pukar (1939) was set in the court of the Mughal Emperor Jehangir and is based on an incident, perhaps fictional, that highlights Jehangir’s fair sense of justice.

Many of the key scenes were filmed on location, at the magnificent courts and palaces from the Mughal era, which gave the film an authenticity that studio built sets could never achieve.

The charisma of its stars, Chandra Mohan and Naseem Bano, and Kamaal Amrohi’s oration, with its literary flourish and innate grace, ensured the film’s popularity. Unarguably, Modi’s greatest film was Sikander (1941), which immortalised Prithviraj Kapoor playing the title role.

This epic film was set in 326 BC when Alexander the Great, having conquered Persia and the Kabul Valley, descends on the Indian border at Jhelum and encounters Porus (Modi), who stops the advance with his troops.

Sikander’s lavish mounting, huge sets, and production values equalled Hollywood’s best, particularly in its rousing and spectacular battle scenes. The film was rated by a British writer as “well up to the standard of that old masterpiece The Birth of a Nation”.

Its dramatic, declamatory dialogue gave both Prithviraj Kapoor and Sohrab Modi free rein to their histrionic proclivities. Prithvi Vallabh was based on K.M.

Munshi’s novel of the same name. The film’s major highlights were the confrontations between Modi and Durga Khote, the haughty queen Mrinalvati, who tries to humiliate him publicly but then falls in love with him.

For Jhansi Ki Rani (1953), India’s first technicolour film, Modi had technicians flown in from Hollywood. Mehtab starred as the young queen of Jhansi who took up arms against the British during the Mutiny of 1857 with Modi playing the role of the Rajguru, her chief advisor.

The film was notable for its authenticity in creating the right period and delineating historical events, its spectacular battle scenes and Mehtab’s stirring performance though she was far too old for the role. She achieves stirring dignity in the role as she vows to protect Jhansi from all enemies both within and outside.

The ball sequence in Jhansi’s palace was superbly shot and Modi’s characters held great emotional appeal. However, the film failed to connect with the audience and was a costly misfire for Modi as a box office crash.

It follows the love affair between Mughal Prince Salim (who went on to become Emperor Jahangir) and Anarkali, a court dancer. Salim’s father, Emperor Akbar, disapproves of the relationship, which leads to a war between father and son.

Mughal-e-Azam cost more to produce than any previous Indian motion picture; the budget for a single song sequence exceeded that typical for an entire film of the period.

The accolades awarded to the film include one National Film Award and three Filmfare Awards at the 8th Filmfare Awards. Mughal-e-Azam was the first black-and-white Hindi film to be digitally coloured, and the first in any language to be given a theatrical re-release.

The colour version, released in November 2004, was also a commercial success. The film is widely considered to be a milestone of its genre, earning praise from critics for its grandeur and attention to detail. Film scholars have welcomed its portrayal of enduring themes, but question its historical accuracy.

In the new millennium we have had historical hits like Jodhaa Akbar, Panipat, Bajirao Mastani, Padmaavat, Rani Laxmibai, Manikarnika, etc and the much awaited upcoming Ajay Devgn-Kajol starrer Tanhaji: The Unsung Warrior. We spoke to a cross section of trade gurus to learn more about the success of this trend.

Veteran Journalist Dilip Thakur opines, “The success of Bajirao Mastani and Padmaavat has fuelled this success trail for historical films as the audiences like to see such magnum opuses on the big screens of the multiplexes.

Even Sohrab Modi and Bhalji Pendharkar made historicals in the earlier days of cinema set in the Mughal period, Maratha period and as people already know such stories they are eager to see such new cinema in an evolved stage. That I feel is the reason for the success of such historicals and the forthcoming Tanhaji will be certainly a blockbuster.”

Veteran trade-analyst and editor, Complete Cinema says, “It’s the advent of technology that has made these films financially viable as the huge sets required for such films can be created with VFX Technology and the budgets can be brought down to a viable percentage. Even Panipat had a good opening and did fairly well in spite of opposition from Pati Patni Aur Woh.”

Trade veteran and film journalist Jyoti Venkatesh expresses, “Such a trend of making historicals and mythologicals existed even in the earlier days of Hindi cinema but then the audiences had got sick of such films and so the filmmakers went for social dramas.

Now the trend of historicals is back. Films like Panipat, which are well made, have got a mixed response but I am sure Tanhaji will be a huge hit as the director Om Raut is very good.”

We surely hope so and the rest, as they say, will be history!