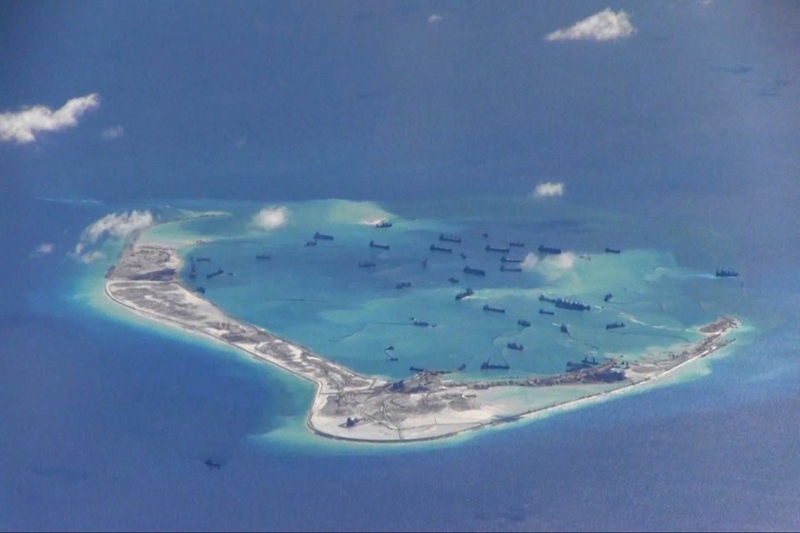 Beijing:With China mulling its options to counter Vietnam’s reported plan to send mobile rocket launchers to the disputed South China Sea, Chinese media today termed the move a “terrible mistake” and asked Hanoi to “draw lessons” from the war in 1979 between the two countries.

“If Vietnam’s latest deployment is targeting China, that would be a terrible mistake. We hope Vietnam will remember and draw some lessons from history,” an article in the state-run Global Times said.

While the Vietnamese Foreign Ministry reportedly termed the media report as “inaccurate”, the discreet deployment appeared to have caught China by surprise specially in the backdrop of Beijing’s efforts to reinforce its control over the South China Sea after the international tribunal struck down China’s claims over almost all of the South China Sea.

China which rejected the verdict initiated by the Philippines petition has stepped up air and naval patrols to assert its controls over the region. China also enhanced its satellite monitoring of the area.

Besides Vietnam and the Philippines, Malaysia, Brunei and Taiwan have counter claims over the South China Sea.

The launchers deployed by Vietnam are said to be capable of striking China’s runways and important trade routes in the region with missiles and experts believe the move by Hanoi will likely raise tensions in the region, the article said.

“As the waves created by the controversial South China Sea arbitration initiated by the Philippines have barely subsided, the reported new deployment by Vietnam will add to the difficulty of solving the South China Sea disputes peacefully,” it said.

Chinese officials say Vietnam has “illegally occupied” 29 of about 50 islands and reefs in the South China Sea.

It has conducted construction and reclamation work on over 20 of them since the 1980s, and the scale of the reclamation has increased in the past two years.

It also has built infrastructure, including runways and barracks, on the islands and reefs, another state-run newspaper China Daily said in its report.

China itself has developed islands with runways and military facilities in several islands.

Jia Duqiang, a senior researcher on Southeast Asian studies at the Chinese Academy of Social Sciences, said it is Hanoi’s latest effort to tighten its hold on islands in the South China Sea.

Xu Liping, another Southeast Asian studies researcher with CASS, said Hanoi is trying to emphasise its determination to strengthen its illegal occupation of the islands.

For its part, the Chinese Foreign Ministry reiterated its claim of the South China Sea specially over Spratly islands, which Beijing calls as Nansha islands also claimed by Vietnam.

“China has indisputable sovereignty over the Nansha Islands and their surrounding waters. China has always firmly opposed the illegal occupation of parts of China’s Nansha Islands and reefs by certain countries and their illegal construction and military deployments on these islands,” the report quoted a Chinese Foreign Ministry statement as saying.