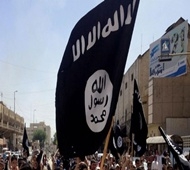 Sydney: A 16-year-old Sydney schoolgirl facing terrorism financing charges was refused bail today as an Australian court heard she was allegedly plotting to send 5,000 Australian dollars (USD 3,760) to the Islamic State group. The teenager, who cannot be named under Australian law due to her age, cried after a magistrate in a Sydney court said she was to be remanded in custody, local media reported.

She was arrested on Tuesday and later charged with one count of obtaining funds to, from or for a terrorist organisation, which carries a maximum penalty on conviction of
25 years in prison. Prosecutors alleged the girl was handed 5,000 dollars in cash by a 20-year-old man named Milad Atai that she was meant  to send to her relative, an alleged IS fighter.

The pair were seized by police shortly after the exchange, which had followed an extensive operation that included an informant posing as a young extremist, the court was told.

Magistrate Paula Russell said the case against the girl “appears to be a strong one” as she refused bail, the Australian Broadcasting Corporation reported. “I am not of a view that the prosecution case is a weak one… on the contrary, it appears to be a strong one,” she told the court. “I have not been satisfied exceptional circumstances exist… In that case bail is refused.”

The girl’s case and Atai’s, who has also been remanded in custody, is due back in court in May. Canberra has been increasingly concerned about home-grown extremism and raised the terror threat alert level to high in September 2014. Authorities have conducted a series of counter-terrorism raids in several cities and new national security laws have been passed.

Since September 201, 14 people have been charged under Appleby, a rolling operation investigating people suspected of being involved in domestic acts of terrorism, Australians fighting in Syria and Iraq and the funding of terrorist organisations.