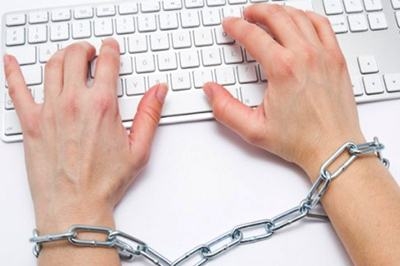 Islamabad: Allegations of blasphemy related to online content have registered an increase in Pakistan, a media report said on Thursday. According to the recently-released “Freedom on the Net 2015” report compiled by Freedom House – a US government-funded organisation that conducts research and advocacy on democracy, political freedom, and human rights issues – it once again awarded Pakistan a “Not Free” score on internet freedom, Dawn online reported.

On a scale of 0 to 100, with 100 being the worst, Pakistan received a 69. According to a press release issued by the Digital Rights Foundation (DRF), 2015 marks the fourth consecutive year that Pakistan has been categorised as “Not Free”.

Earlier, Pakistan earned its best score of ‘partly free’ in 2011. The report highlights that blasphemy allegations levelled online have increased in the 2014-2015 period. It also stated that a hacking attack on a surveillance software company, Hacking Team, revealed that Pakistani intelligence had been interacting with the company for years and that law enforcement agencies had wanted software that would work with older mobile phone models common in Pakistan.

The report focuses on aspects of internet freedom such as content filtering, the legal environment, surveillance, rights and violations, availability and ease of access, intimidation and violence and technical attacks. The report also cited increasing online harassment and threats to free expression online. It stated that while incidents and reports of such incidents have increased in Pakistan – over 3,000 cybercrimes were reported to the Federal Investigation Agency (FIA) between August 2014 and August 2015 – many victims do not come forward “for fear of losing access to ICTs”.