The incident occurred at Maharani road in Indore on Sunday afternoon when the youth along with two others was heading towards the railway station on a bike.
Staff Reporter 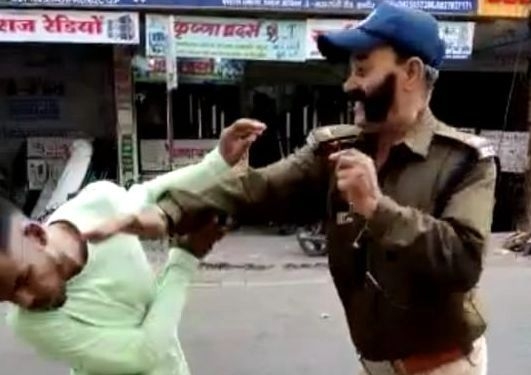 Indore (Madhya Pradesh): A video of a cop kicking and slapping a youth in Indore has gone viral on social media.

According to reports, the incident occurred at Maharani road in Indore on Sunday afternoon when the youth along with two others was heading towards the railway station on a bike.

The cop identified as ASI HG Pandey stopped the biker and asked him to show the bike related papers. He also asked the biker to pay a penalty as three persons were riding the bike.

This led to an argument between the cop and youth. The video that went viral on social media on Monday shows the youth arguing with the cop.

Immediately after that, the cop started beating the youth. The video shows that the cop first kicked the youth and then started slapping him. 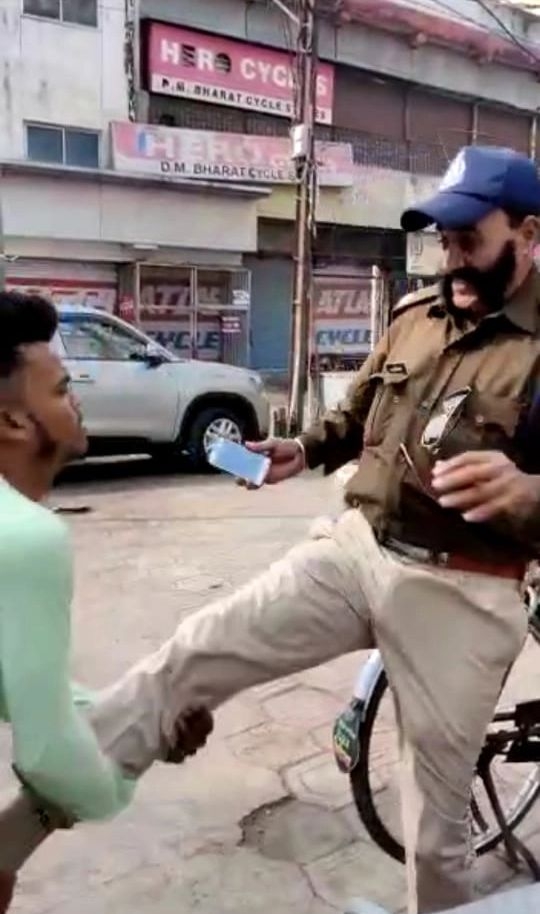 On getting information, a dial-100 vehicle rushed the spot and took the youth to the police station. He, however, was released.

The youth, while talking to journalists, said that ASI was demanding Rs 500 as bribe. “When I refused to pay, he started beating me,” the youth identified as Rameshwar Yadav, a resident of Shyam Nagar in Indore, said.

In charge of Central Kotwali police station, Ashok Patidar said that the youth was misbehaving with the cop when he sought the documents. “No complaint from youth has been lodged so far. If he lodges a complaint, action will be taken against the cop,” Patidar said.