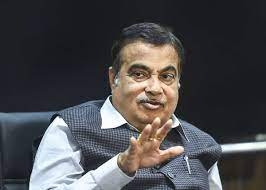 Indore: The ministry of road transport and Highways is one of the most active ministries in the country which has created various records and given new heights to road infrastructure projects.

The department is led by visionary minister Nitin Gadkari since 2014 and several long-pending road development projects were completed in his tenure along with many other innovative initiatives taken by the government. Various important projects like developing 'Emergency Landing Facilities' at 19 places across the country for strengthening the country's infrastructure as well as supporting defence facilities were launched.

Due to the farsightedness of Gadkari, not only various parts of the country but also Madhya Pradesh, particularly Indore are benefited a lot by quick approval of projects and implementation.

Whether it was Kamal Nath's government or Shivraj's government, the pace of development didn't affect a bit.

The projects in Indore approved by the ministry include Indore-Ichchhapur Highway via Khandwa, Indore-Betul Highway, completion of long-pending Indore-Ahmedabad Highway, four-lane service roads on Indore Bypass and constructions of bridges, and also giving permission to 12-new bridges at various places in Indore.