A proposal will be brought to the board meeting. Every year about Rs 3 crore is paid by the council to the Indore Municipal Corporation (IMC) for Narmada water.

Mhow (Madhya Pradesh): The Cantonment Board is incurring loss of crores of rupees each year due to water tax. In order to increase the revenue, the barrier tax was increased six months ago. Now a proposal has been prepared to increase the water tax three-fold to compensate for the loss. In the next 30 days, the council has called a meetins to discuss about claims and objections about the proposal.

After that, a proposal will be brought in the board meeting. Every year about Rs 3 crore is being paid by the council to the Indore Municipal Corporation (IMC) for Narmada water. In return, the council earns only about Rs 65 lakh from the consumers. A proposal has been prepared by the Cantonment Board to increase water tax which will be three-fold.

There are 2,500 valid Narmada and 1500 boring tap connections in the city. The council pays tax to the municipal corporation of around Rs 3 crore for Narmada water each year. Electricity bill of Rs 1 crore is paid annually for boring work in the city. Lakhs of rupees are spent on maintenance work also. The council in return gets only around Rs 65 lakh annually as water tax.

On the other hand, dharamshala, saloon, press, dyers etc. will have to cough up Rs 500 instead of Rs 200 as water tax. This includes Narmada tap connection, boring and water supply from submersible pumps. 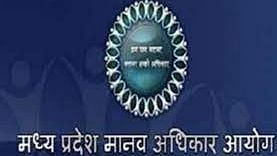