Irregularities in purchase of sports equipment for government schools

While rejecting the anticipatory bail pleas the Court said that it will have a bad effect on the society. Achal Katkani and Surendra Kataria are close to the ruling party.

Earlier, the matter reached Bhopal, and Chief Minister Shivraj Singh Chouhan had told district collector Somesh Mishra to order an investigation into the matter during the Collector-Commissioner's conference. Chouhan said that many complaints of irregularities had come from the district and instructed him to curb corruption.

The reasoning is that the pace of the investigation is slow because of summer vacations.

Earlier, the members of the parents teachers association (PTA) from many government primary and middle schools had raised their objections over the quantity and quality of sports goods purchased by the concerned authorities. Many locals claimed that the sports equipment supplied to the primary schools hardly costs between Rs 1,800 to Rs 2,000.

Similarly, the sports equipment supplied to the middle schools are actually valued at around Rs 2,000 to Rs 2,500, but the government is paying Rs 10,000 to the suppliers.

According to information, Jhabua district has a total of 1,977 primary and 425 middle schools and as per government instructions, every primary and middle school gets Rs 5,000 and Rs 10,000 for the purchase of sports equipment respectively.

As per the rules, this sports equipment has to be purchased through the parents teachers association (PTA) and its payment is to be made from the PTA account. 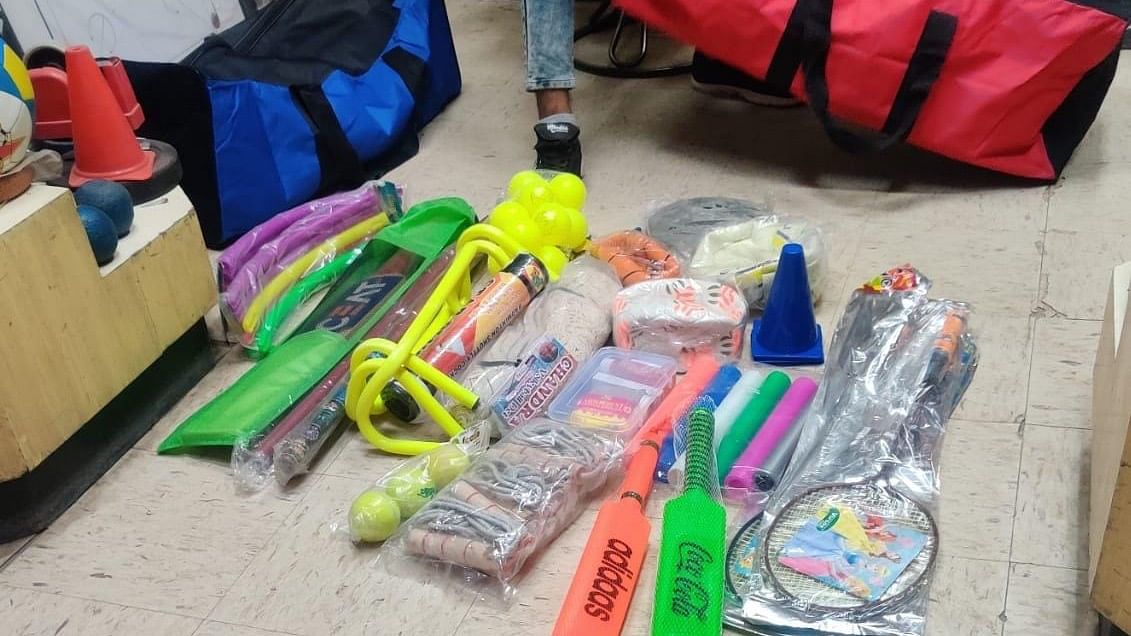