Mandsaur: Congress helps kin of those who died after drinking spurious liquor to fill in forms for ration card

The relatives of Anil Kaithwas and Paras Patidar from Pipliya, who died after consuming poisonous liquor, are living under tattered roofs.
FP News Service 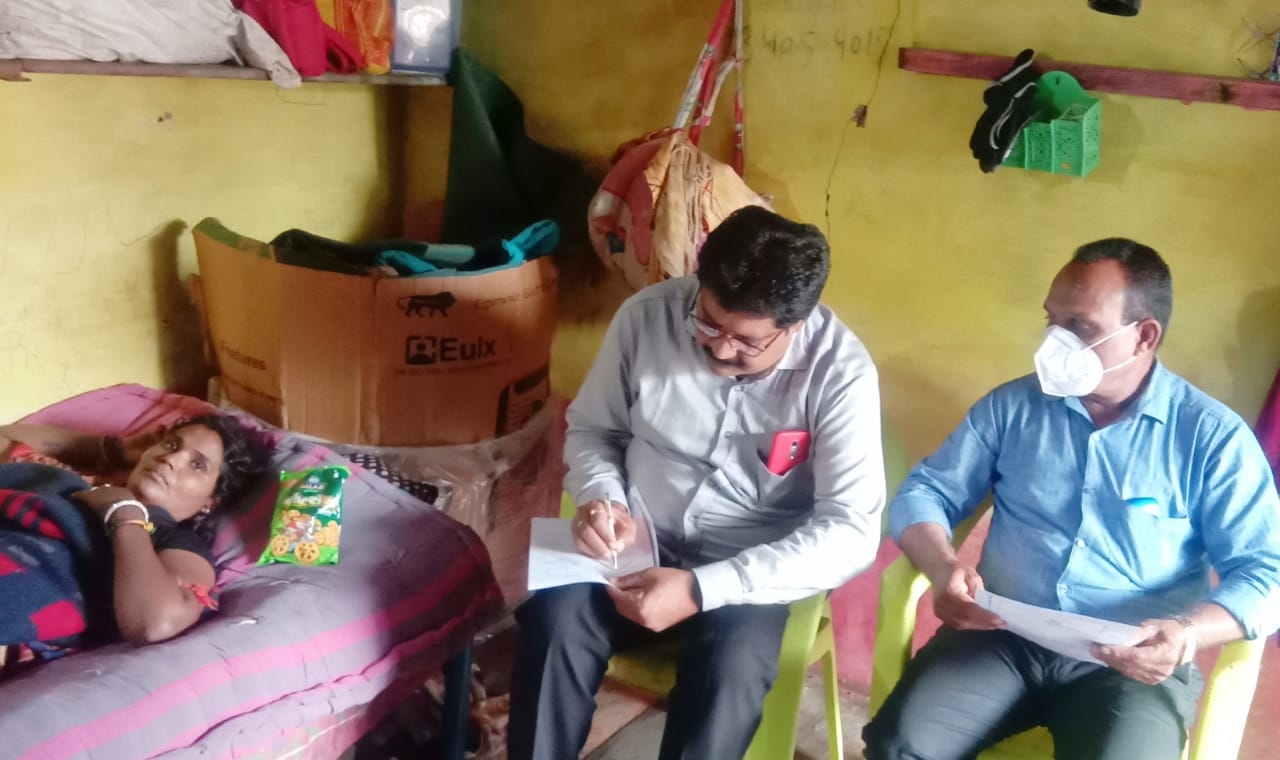 Mandsaur (Madhya Pradesh): The relatives of those who died after consuming spurious liquor have little earnings to make their both ends meet.

Piplia block president of the Congress Anil Sharma visited those families on Saturday and helped them fill in the forms through which such families get free rations.

The relatives of Anil Kaithwas and Paras Patidar from Pipliya, who died after consuming poisonous liquor, are living under tattered roofs.

Sharma, with the acting president of the district Congress Anil Borana and Congress leader Parmanand Patidar, met the family members of Kaithwas and Patidar to condole with them.

The Congress leaders wanted to know whether the family members had cards meant for the people who belong to the below-poverty line category.

Mahavir, who lives in a jhuggi, is a driver. His wife lost sight after drinking poisonous liquor.

She has three children and no BPL ration card. Sharma filled in their forms, too, and appealed to the administration to provide financial aid to the family members of those who lost their lives after consuming spurious liquor.

Paras Patidar of Bahi Parshyanath, who was admitted to Siddhivinayak Hospital, was treated for Rs 2, 93, 000. He also had an Ayushman card, but it was not accepted.

His family members had only one bigha which they sold for Rs 70,000 and got treatment done by borrowing the remaining amount.

Sharma said that the government was responsible for manufacture and sale of spurious liquor.

Liquor deaths in Mandsaur: 21 held, including suppliers from Rajasthan