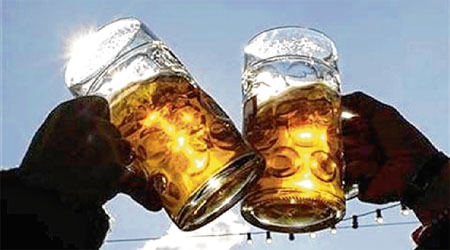 Jhabua (Madhya Pradesh): Two policemen have been suspended for allegedly consuming alcohol while in their uniform in Madhya Pradesh's Jhabua district on Wednesday, police said.

A video of acting assistant sub inspectors (ASI) Lal Singh Choudhary and Premchandra Parmar posted at Para post in the district went viral on social media, in which the duo were seen consuming liquor in their uniforms, a public relations officer of the Jhabua police said.

The Jhabua Superintendent of Police also removed the Para police post in-charge for failing to control his subordinate officials and deployed him at the police lines in the district, the official added.