Madhya Pradesh: Prime Minister interacts with the beneficiary of Burhanpur

On this occasion, Modi and Chouhan extended their best wishes. The Prime Minister interacted with the beneficiaries of Burhanpur and other districts of Madhya Pradesh which include Hoshangabad, Satna, and Niwari.
FP News Service 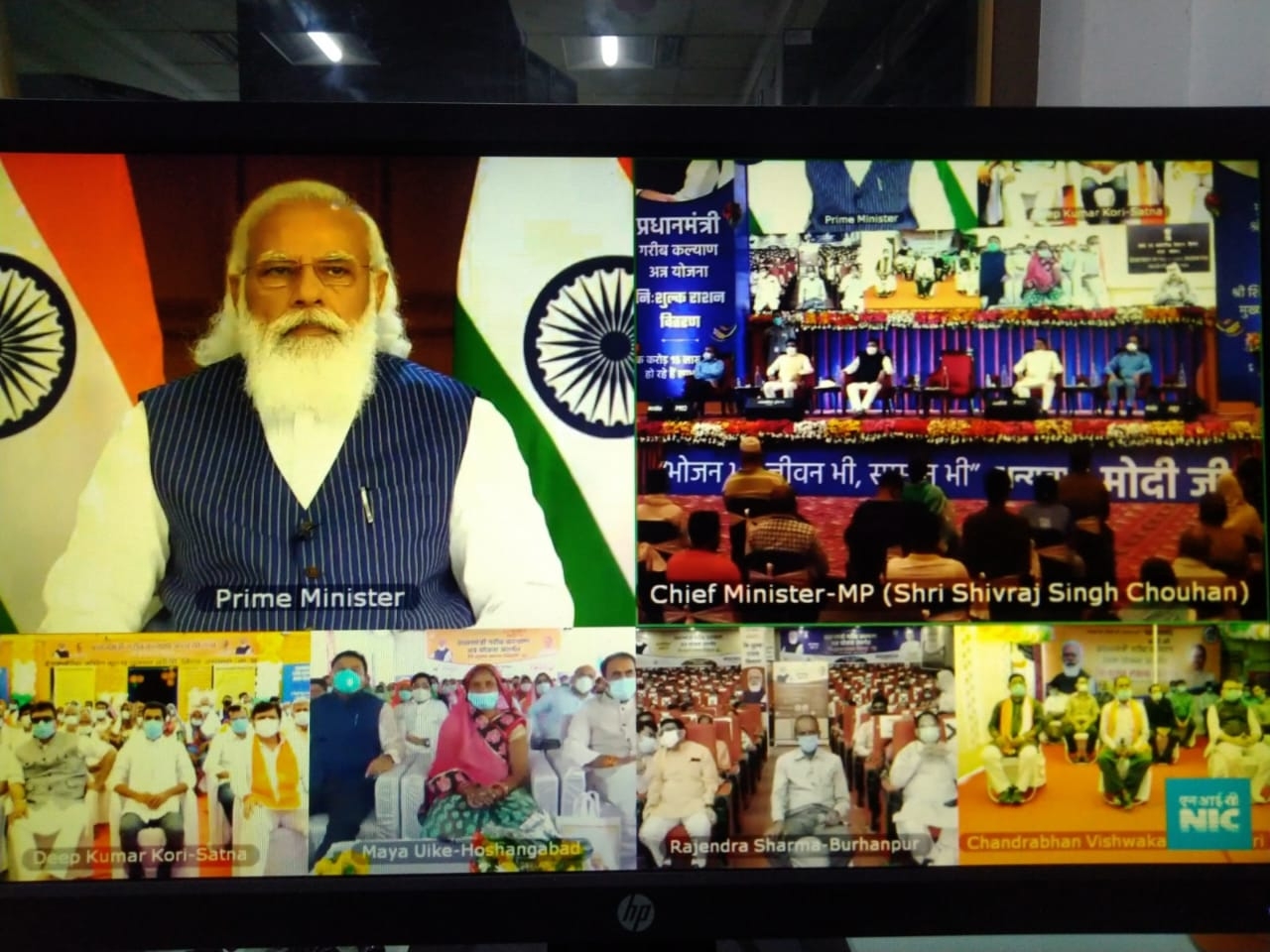 On this occasion, Modi and Chouhan extended their best wishes. The Prime Minister interacted with the beneficiaries of Burhanpur and other districts of Madhya Pradesh which include Hoshangabad, Satna, and Niwari.

During interaction with Rajendra Sharma, a resident of Indira Colony Modi asked him about his profession, family and number of bread earners in his family. PM also asked his views about the scheme.

During the conversation, Sharma said he is an auto driver and there is total four members in his family, including his wife and two kids. He informed Prime Minister about how Pradhan Mantri Jan Dhan Yojana helped him during the Corona period. The beneficiary said that I had taken a loan to buy an auto under the Chief Minister's Self-Employment Scheme, which I had paid even before the Corona period and now he was debt free.

Prime Minister Modi said that it is our endeavor that there should not be any problem in the lives of the citizens. Even if calamity comes, then we all fought together against the disaster.

State government's animal husbandry department and district in charge minister Prem Singh Patel was present during program at Parmanandji Govindjiwala Auditorium in Indira Colony. Along with this, a programme was also held at all 231 government fair price shops in the district.