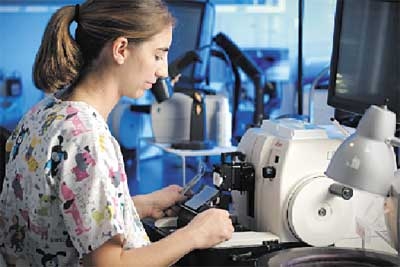 Indore (Madhya Pradesh): While the Chief Medical and Health Officer of Dhar has capped the price for rapid test of dengue by all pathologies at Rs 500, city health officials are shying away from taking the decision to provide relief to the people.

Increasing cases of dengue have not only put an adverse effect on people’s health but it is also burning a hole in people's pockets as different pathologies are taking different rates of the rapid test to diagnose the disease.

“As there is no cap over the price of dengue rapid test, pathologies are taking charges from people as per their convenience. Already hit by Covid, people are being over charged for the test as the kit for testing is not more than Rs 300-Rs 400 but pathologies are charging three times the amount,” sources in the health department said.

In its order, the CMHO of Dhar district Dr Jitendra Choudhary has mentioned that the laboratories, nursing homes, and hospitals cannot take more than Rs 500 for rapid test and they have to display the rate list at the counters. He also asked the laboratories for keeping the record of every test conducted.

Meanwhile, office bearers of the Pathology Association said that it is not feasible to conduct the test in Rs 500 only.

“We are in discussion with the administration and will come out with a feasible solution for both pathologies and for the people.”

Issued order after studying its feasibility

“We have issued the order for capping the price of a rapid test of dengue to Rs 500. The order has been taken after studying its feasibility. It will not be a loss making decision for pathologies but will provide relief to the patients’ as well.”

We don’t have any such plan

“Dengue test is free at government health centers. We count the cases found positive in Mc Elisa test only. We don’t have any plan yet for capping testing price for private labs.”

There is no relief from the increasing cases of dengue as 13 more people tested positive with which the total number of cases reached 725.

According to District Malaria Officer Dr Daulat Patel, these 13 people were found dengue positive on Monday including 12 male and 1 female.

Out of total dengue cases in the city, 439 were male while 286 were female including 164 children.

“There are a total 17 active cases in the city out of which 13 are admitted to hospitals,” Dr Patel said.