Due to frequent disruption in the power supply, they are facing great difficulty in irrigation of the major crops like wheat, garlic and cash crop opium.
FP News Service 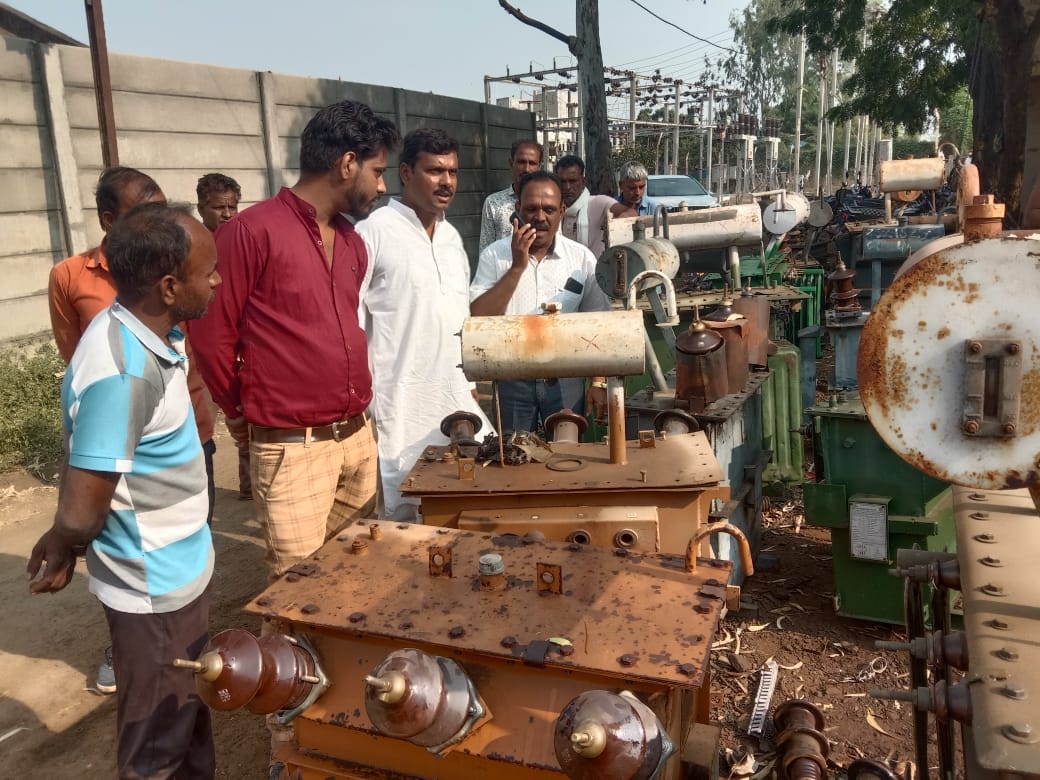 Malhargar (Madhya Pradesh): Congress leaders have raised their concern on the increasing cases of theft of oil from the live transformers DP(Distribution Panel) in the area, which has led to the disruption in power supply.

Malhargarh Block Congress President Anil Sharma, Congress leader Parshuram Sisodia, General Secretary Anil Mulasia including other workers reached the office of the Electricity Distribution Company, here in Malhargarh, where they also held discussion with the farmers who had come to the office to take away transformers.

Farmers shared their plight with the leaders and said transformer oil theft from DP is on the rise in the area. Due to frequent disruption in the power supply, they are facing great difficulty in irrigation of the major crops like wheat, garlic and cash crop opium. Sisodiya raised the issue with the electricity company and said that these incidents of oil theft cause a great inconvenience to the farmers as they need power to irrigate farms during sowing season.

Farmers tried to contain the menace of oil theft by applying steel fencing around the transformers. Despite spending money from their pockets, they are still hassled by the theft of oil. Oil theft pose hazard and may cause loss of life but the administration has turned a blind eye to the situation on the ground, said a local. They have appealed to the distribution companies to take preventive measures to contain the menace, including increasing vigilance, especially during the night hours.