Madhya Pradesh Congress chief Kamal Nath has demanded a probe either by the CBI or a high- level committee into the "suspicious" death of tribal leader and Akhil Bharatiya Gondwana Party president Manmohan Shah Batti.

In a letter addressed to Chief Minister Shivraj Singh Chouhan, Nath said he had visited the residence of Batti in the latter's hometown Deori in Chhindwara district on August 24, where people of Batti's community described his death as "suspicious and unexpected". 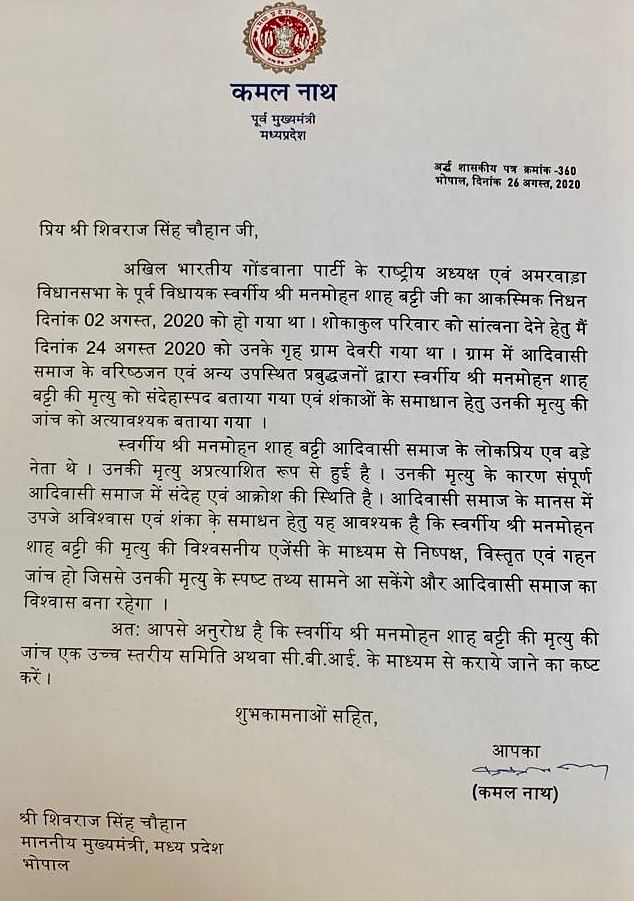 Batti (57), a former MLA from Amarwada, reportedly died due to a cardiac arrest in a Bhopal-based hospital on August 2.

"If Nath has any proof about Batti's death, he should present it before the MP police. The demand of an inquiry by the CBI or a high-level committee is just politics. Demise of any leader should not be politicised," state BJP spokesman Rajneesh Agrawal told PTI on Saturday.