Kanha, 45, died while undergoing treatment at Neemuch district hospital after he was beaten, tied to the back of a pick-up and dragged by villagers over suspicion of theft. This barbaric incident was reported at the small Jetliya under Singoli police station, bout 70 kilometre from the district headquarters on Thursday evening.

A manhunt has been launched to trace the remaining three accused, police said. The accused Lokesh Balai is a driver of pick-up.

The ones whose homes were demolished on Sunday are: Mahendra Gurjar, husband of Jetliya village sarpanch, Amarchand, Sattu, Gopal Gurhar and Chittarmal here at Patan village in Singoli tehsil under Singoli police station limit.

On Saturday the administration in a face-saving move prepared a list of properties and illegal construction done by the accused in the village in hurry and on Sunday morning a large police force and heavy machinery was pressed to bulldoze properties owned by the accused. 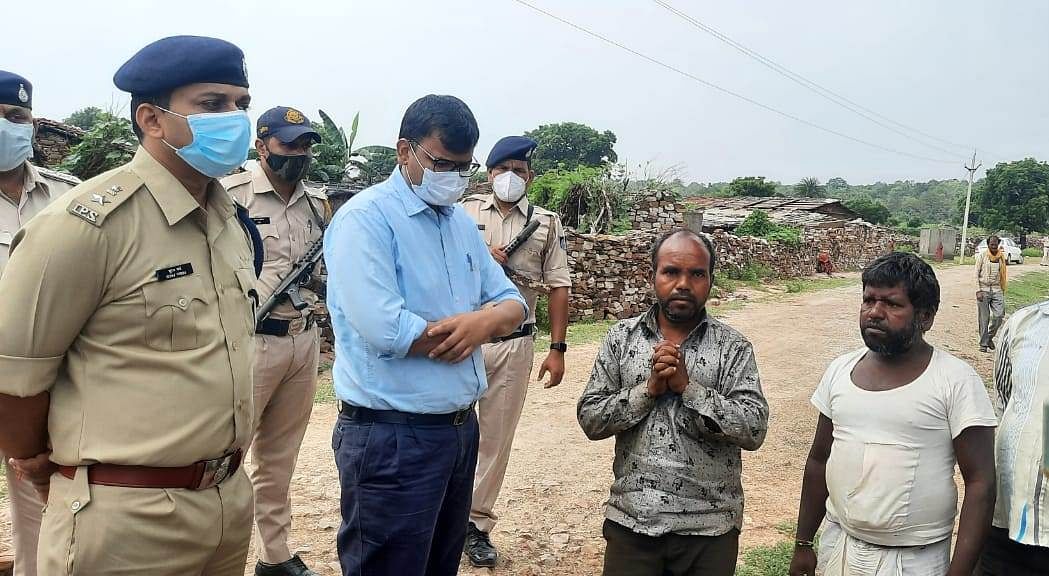 Collector Mayank Agrawal and SP Suraj Kumar Verma visited the place of the deceased and had a discussion with kin on Sunday.

Verma said that the rest of the accused in the case will be arrested soon and strict action would be ensured against the guilty as police will move the fast track court. Agarwal assured the kin of the deceased of all possible help.

Agrawal under the Madhya Pradesh Scheduled Caste Tribes Prevention of Atrocities Act 2016, sanctioned a relief of Rs 4.12 lakh to the family members of the deceased Kanha.

The family members requested the collector that the amount of financial assistance should be provided in the name of the son of the deceased. Mayawati condemns incident, demands action against culprits. Politics over the murder of Tribal person intensified on Sunday as Bahujan Samaj Party (BSP) supremo Mayawati condemned the incident and demanded strict punishment for the accused involved in the gruesome act. In a Tweet Mayawati termed the incident ‘horrifying’ and exhorted the government to take action. Mayawati's tweet came after a 40-year-old tribal man was allegedly thrashed to death by eight people on suspicion of theft.