In the drive, the police took action against 25 four-wheelers and 35 two-wheelers for violating traffic rules
Staff Reporter 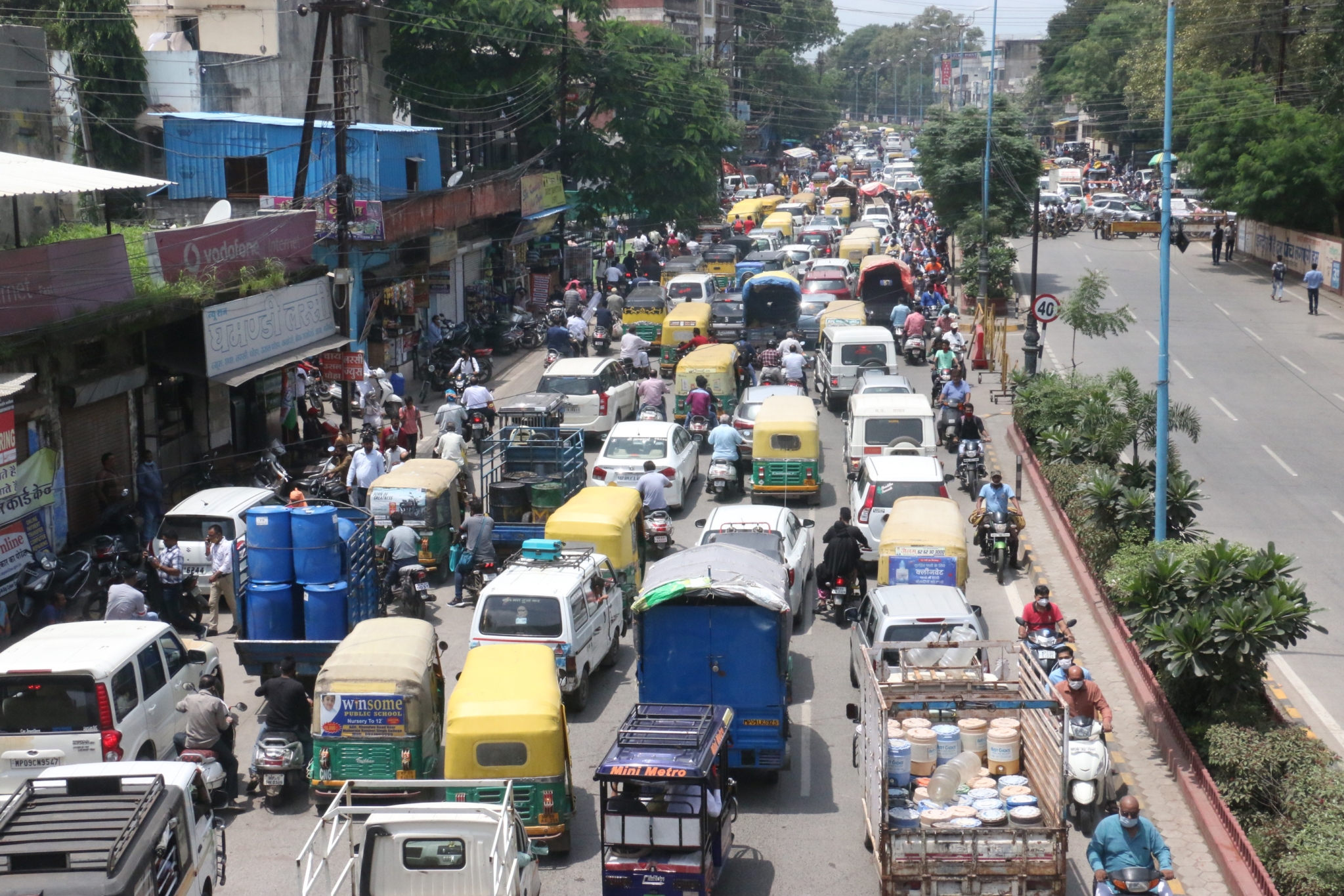 Indore (Madhya Pradesh): The Indore Traffic Police, on Wednesday, conducted a strict drive against vehicles parked on the wrong side of the roads. Action was taken against 60 vehicles.

DSP (Traffic) Umakant Choudhary said the drive was conducted in the area between Malwa Mills to Janjeerwala Square. He said that many people park their vehicle in the no-parking zone, while many commute down the wrong side of the road in these areas, which create traffic inconvenience to the common people who follow the rules.

There is also a private hospital, where, because of these violations, ambulance is also stuck in traffic sometimes and patients coming to the hospital also often get troubled.

In the drive, the police took action against 25 four-wheelers and 35 two-wheelers for violating traffic rules. A team of police was also deployed on the roads in the area to regulate traffic properly and to keep a watch on violators, the DSP said.

The traffic police team under DSP Choudhary, along with slapping fines on the violators, also made youngsters who violated traffic rules take an oath that they would follow traffic rules strictly and would not violate any laws in future

Madhya Pradesh: Finally! Some progress is made on Bengali Square