Madhya Pradesh: BJP government did more work for the upliftment of tribals in 20 yrs than Congress in 50 yrs, says Kailash Vijayvargiya 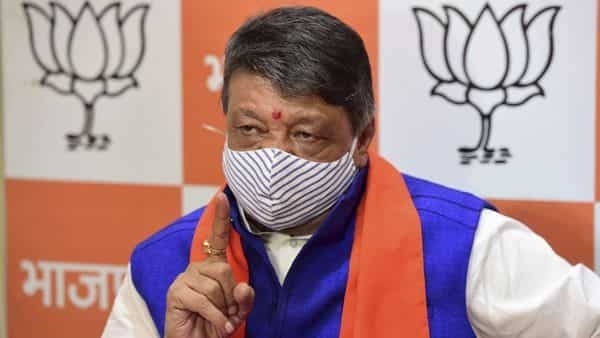 Indore (Madhya Pradesh): BJP General Secretary Kailash Vijayvargiya on Monday hit back at Congress for organising a rally demanding rights for Tribal and said BJP did more work for the upliftment of tribals in the 20 years of its rule than Congress did in 50 years.

"In front of Shivraj Singh Chauhan, Salman is not even equal to his nails. Shivraj Singh is a leader, a mass leader and is embedded in the hearts of the people,' said Vijayvargiya.

Speaking about the Congress' "Adivasi Jan Aakrosh Rally" in Badwani, the BJP leader said, "Out of 70 years since the formation of the state, Congress has ruled for almost 50 years. Look at the 50-year tenure of the Congress for the work done for Scheduled Tribes and Scheduled Castes and we show our 20-year tenure. BJP has introduced a maximum number of schemes for the SC/ST community in 20 years of its government in the state." The BJP leader said this while addressing the media during his visit to Julwaniya in the Badwani district of Madhya Pradesh.