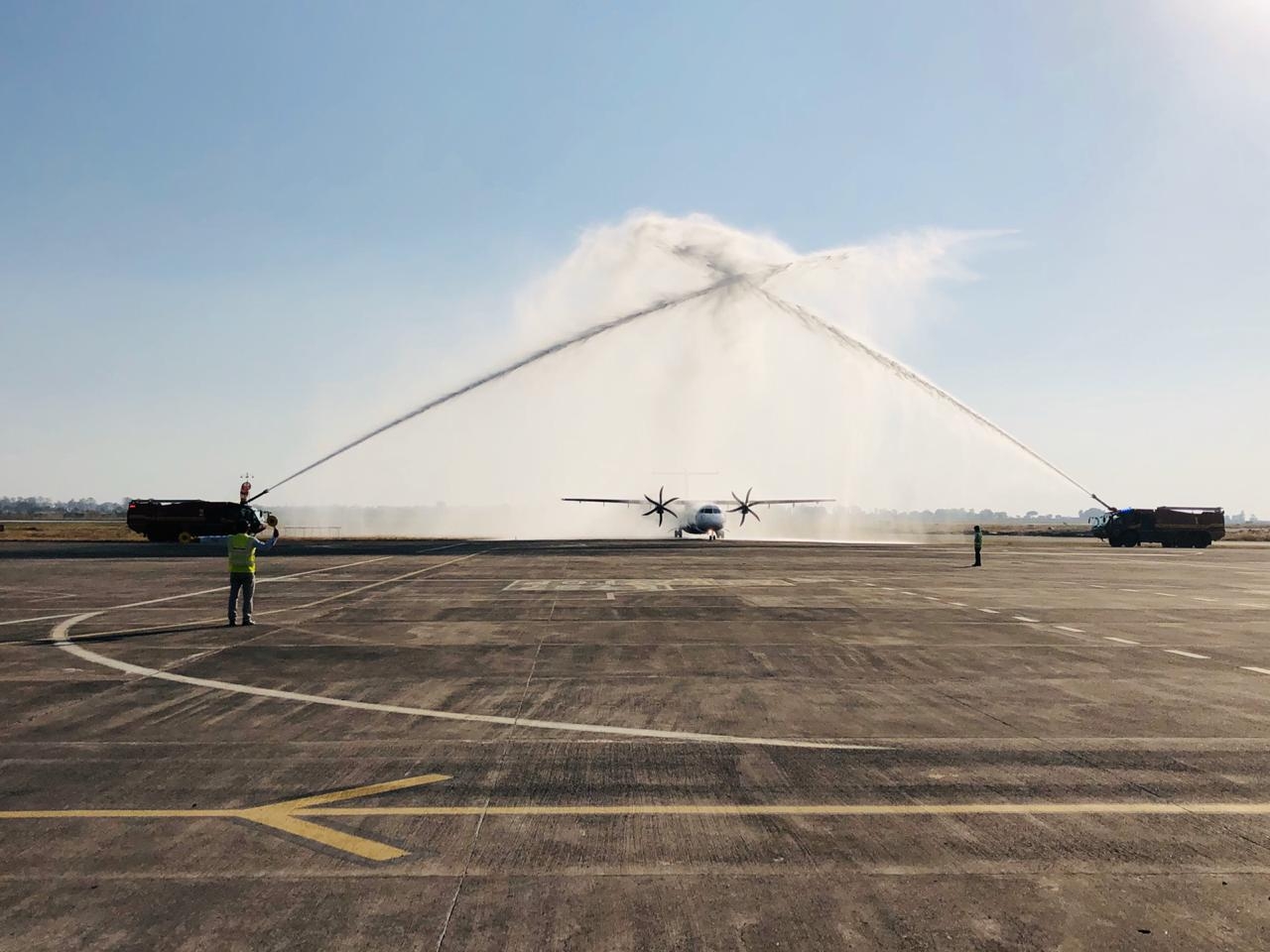 Informing about the ‘Proving Flight’, aviation sources said that before issuing the license for civil aviation for any new line, it has to go through certain theoretical and practical exercise and demonstrations before the officers of Directorate General of Civil Aviation (DGCA). These demonstrations and exercises are set by DGCA as a standard to examine the preparedness of the license seeking airline.

Following applying license for operation of scheduled commercial
passenger flights by Fly Big, this is the first ‘Proving Flight’ of the airline which landed at the city airport on Friday, where-in the officers of
DGCA and the airlines staff were on board.

Sanyal informed that on Friday noon, the third Aerobridge was
inaugurated by MP Shankar Lalwani. Later, he also inagurated the automated parking ticket machine in the car parking area of the airport campus.