FIR registered against one for obstructing removal drive​
Staff Reporter 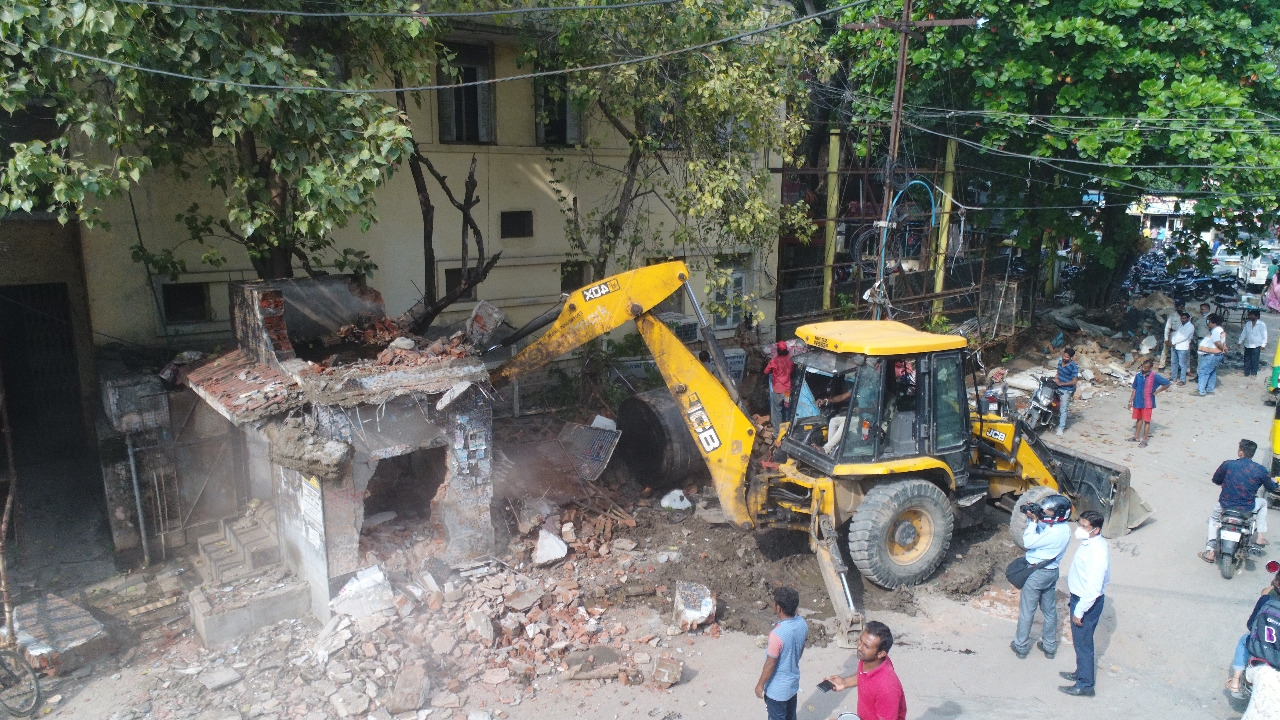 Shopkeepers in markets around Rajwada on Tuesday removed their items and temporary structures from footpaths as removal gang of Indore Municipal Corporation reached there for freeing the encroached land.

During her inspections, Pratibha Pal had noticed that most of the shopkeepers around Rajwada and Gopal Mandir had encroached upon footpaths due to which vehicular movement is affected.

Most of the shopkeepers removed their goods from footpaths. IMC removal gang seized goods of shopkeepers who did not do the needful.

Owner of Paris Plaza Collection situated near Rajwada Mahalaxmi Temple had illegally constructed ​a ​shed ​for selling goods on the footpath.

When IMC started removing the illegal shed, ​owner of ​Paris Plaza Collection​,​Maaj Khan​, ​protested and hurled ​abuses at ​civic officials and employees. An FIR was registered against him under sections 353, 294, 506 of the IPC.

Boundary wall of Malharganj was demolished as it was a hurdle before road​-​widening project. Removal gang of IMC pulled down the wall using JCB.

Commissioner Pratibha Pal said that under the Indore Smart City Project, the work of widening the road from Bada Ganpati to Krishnapura Chhatri is proposed. She said that on the appeal of IMC, residents and shopkeepers themselves are removing obstacles coming into the way of the project. For those who will not remove structures proving hurdle before the project, IMC will do the needful, she added.