The cadets of the unit were given a lecture by Col Jaideep Chakraborty on the importance of Kargil war for India.
Staff Reporter 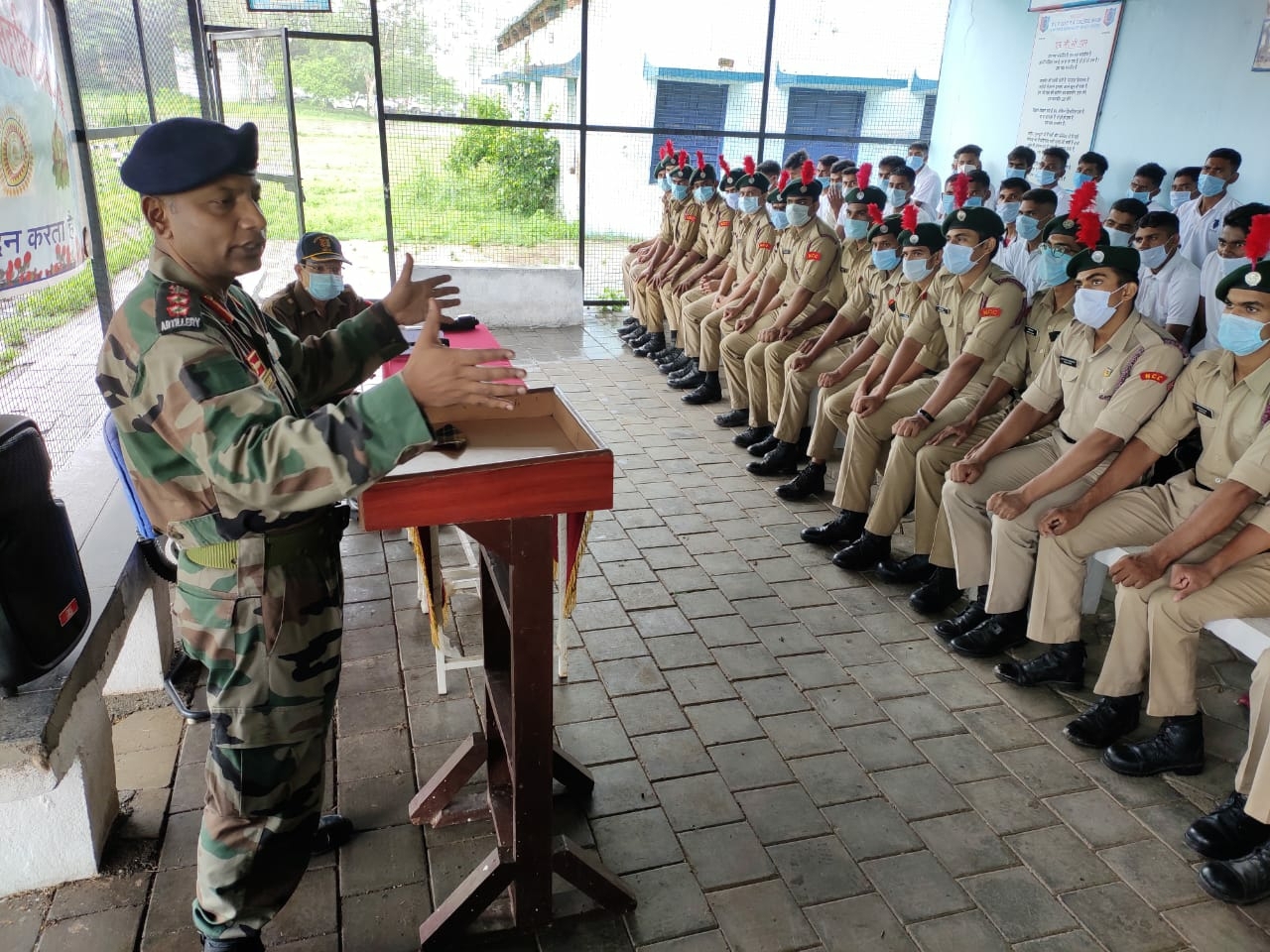 On the occasion of Kargil Day, lectures were organised for the NCC cadets at Bherulal Patidar Government Post Graduate College, Mhow, on the topic "Importance of Kargil War" and the oath of nationalism was administered.

The cadets of the unit were given a lecture by Col Jaideep Chakraborty on the importance of Kargil war for India. Addressing the cadets, he said that Kargil area is of strategic importance to India. India won the Kargil War on 26 July 1999. In this war, at an altitude of 18,000 feet, the brave soldiers of India, showing indomitable courage, killed about 2700 Pakistani soldiers and secured the Indian border. In this war, more than 527 brave warriors of India also got martyrdom.

In the battle of Kargil, Pakistani soldiers were on the hill and Indian soldiers won this battle by climbing the hill from below, which was a very difficult challenge according to the circumstances of the war. Kargil martyrs were remembered and tributes were paid.

At another function, the Army personnel, as well as civilians, paid tributes to the martyrs at the Infantry Memorial near the Mhow fort. In 1999 there was a fierce battle between the insurgents from Pakistan and the Indian Army and the insurgents were driven out of the country by the Indian soldiers. Many soldiers were martyred in this war. This victory is celebrated throughout the country on the day of the 26th of July and the martyrs are paid tributes.