After incidents of leopard attacks in Dudhi Bawdi and Gajinda in the recent past, most villagers in the surrounding areas of Indore are scared of further leopard attacks.

Indore (Madhya Pradesh): A leopard which had killed cattle was spotted in Indore's Sendal and Chainpura area on Thursday night, spreading unease among the villagers. The images of the leopard were also captured on CCTV.

After incidents of leopard attacks in Dudhi Bawdi and Gajinda in the recent past, most villagers in the surrounding areas of Indore are scared of further leopard attacks. The forest department has issued a warning to villagers to be careful and beware of leopards in the circle and not sleep in the open.

Throughout the night, the villagers kept a watch around their homes with torches and sticks. After about two hours the forest workers reached the villages to inspect the movement of the leopard.

The incident has come to the fore in Sendal of Choral range and Chainpura village of Barwah range. Leopard hunted a cattle in Sendal village at 6 pm.

Later, after grabbing the hunt in its jaw, the leopard dragged the cattle away, and some villagers were eyewitnesses to the incident. The villagers shouted and hooted at the leopard and it went away.

Choral Ranger Ravikant Jain said that since the village is adjacent to the forest, there is a natural movement of leopards.

Read Also
Indore: Beware, the next time you plan to download that easy loan app! 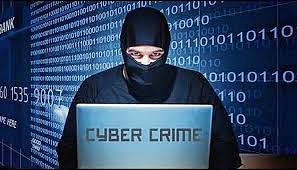