According to the Chandan Nagar police, acting on a tip, they caught a person named Ashish from near Green Park Colony while he was allegedly waiting for someone in his autorickshaw to deliver the liquor.

Indore (Madhya Pradesh): A man carrying liquor illegally in an autorickshaw was arrested by the police on Wednesday. Country liquor worth Rs 75,000 was recovered from him and further investigations are underway.

According to the Chandan Nagar police, acting on a tip, they caught a person named Ashish from near Green Park Colony while he was allegedly waiting for someone in his autorickshaw to deliver the liquor.

The police recovered 540 quarters of liquor from him. The accused told the police that a man named Rajbihari had loaded the liquor from the Bangarda area of the city. The police have registered a case against the accused and a search is on for his accomplice, Rajbihari.

Man strangled wife to death and then he hanged himself; Police are gathering couple’s call details

The police are gathering the call details of the mobile phones of the woman and her husband who were found dead in their home in the Dwarkapuri area. The police said the man first strangled his wife to death and later hanged himself from the ceiling. The statements of their family members are also being taken down by the police.

Dwarkapuri police station-in-charge Satish Kumar Dwivedi said 35-year-old Ranjeet Pichodwal and his wife, Santoshi, were found dead in their home on Tuesday evening. Ranjeet was found hanging, while Santosh was lying on the bed.

Preliminary investigations revealed that the man first strangled his wife to death using a cable wire and then he committed suicide by hanging himself. The door was locked from inside. Also, the police recovered a suicide note in which he mentioned that he was upset because of his wife. The police are also investigating the aspect of an extramarital affair. The autopsy report is awaited. The call details of the mobile phone of the woman and her husband are also being gathered to know the exact reason behind the incident.

The police said Santoshi had gone to her parents’ house on Holi and Ranjeet had gone to bring her back home on Rangpanchami. After reaching home, while their children were playing outside, the man first killed his wife and then committed suicide. 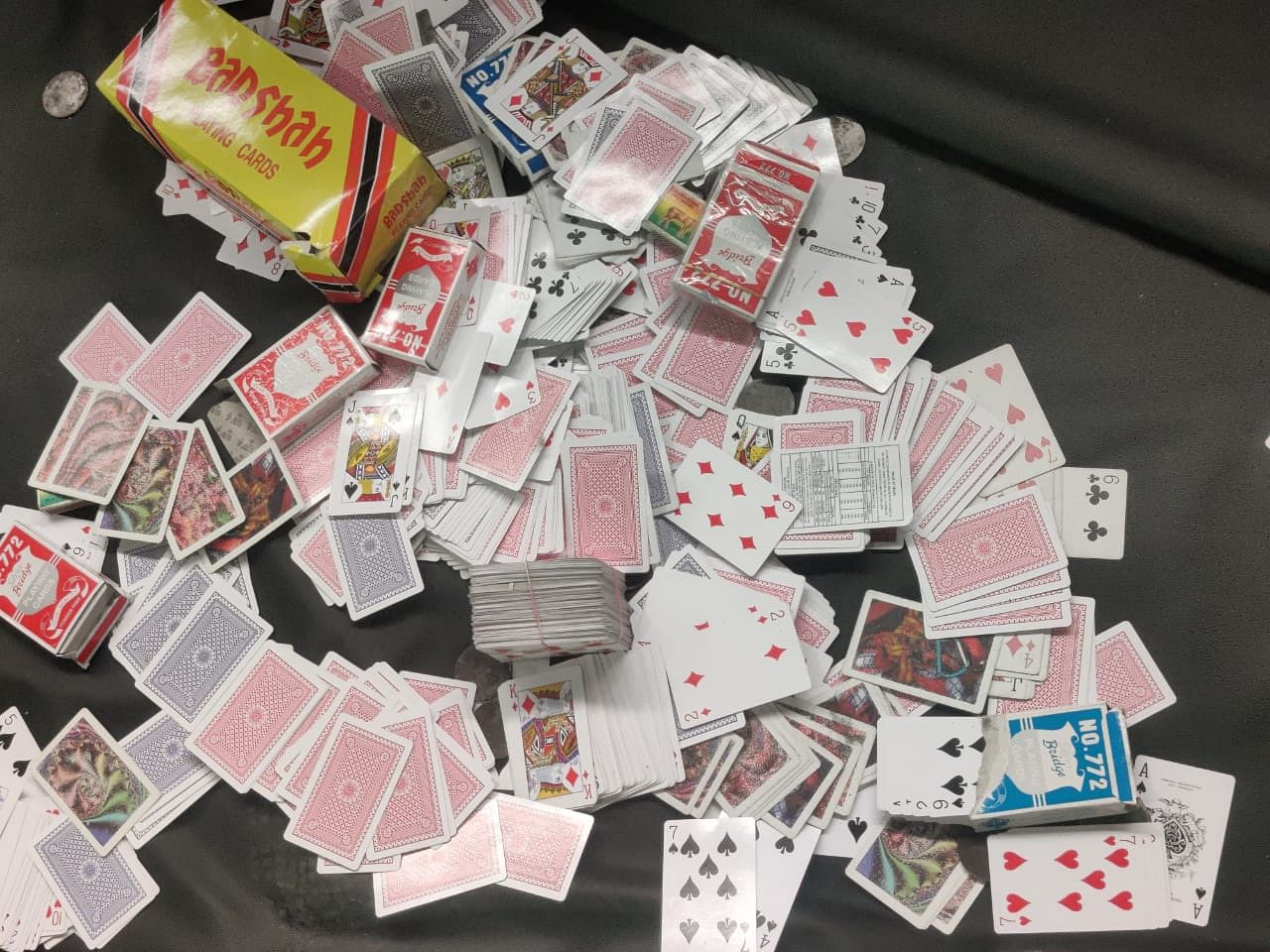 A joint team of the Crime Branch and MIG police raided the third floor of a house and arrested 19 people while they were gambling there on Wednesday evening. An amount of Rs 1.36 lakh and some tokens were recovered from them and they are being questioned further.

According to the police, information was received that some men were gambling on the terrace of a three-storey building in the Jagjeevanram Nagar area. Crime Branch personnel, accompanied by the MIG police, raided the place and arrested 19 men from there. They were gambling using playing cards and metal tokens. The police arrested them from the spot and seized Rs 136,210, playing cards, 19 mobile phones and 21 tokens. The police are gathering information about the house owner and his role in the gambling, as well. The accused have been booked under relevant sections and further investigations are on.

A school owner allegedly committed suicide by hanging himself from the ceiling at his place in the Hira Nagar area on Tuesday night. No suicide note was recovered from the spot, so the reason for his suicide could not be established yet. It is said that he took such an extreme step because of some family dispute.

According to the police, the deceased has been identified as Yuvaraj Kushwah, 26, a resident of the Bhamori Bajrang Nagar area of the city. He was the owner of a private school in the Hira Nagar area. On Tuesday, he celebrated Rangpanchami, reached home and hanged himself from the ceiling of his room after having a bath. No suicide note was recovered from the spot. Police said that the statements of his family members are being taken down to ascertain the reason for his suicide.

A youth committed suicide by hanging himself from the ceiling at his flat in the Khudel area on Tuesday. According to the police, Vinod Solank, 37, a resident of the Chitawad Kankad area, was at his flat in Khudel where he committed suicide. His wife was making repeated phone calls to him, but he was answering the calls. She informed others of the family. One of them reached the flat and found him hanging. Vinod was employed in a telecom company in the city. The police are taking down the statements of his wife and other family members to know the reason for his suicide.