A sudden downpour in the first week of July after a comparatively dry spell in the month of June seems to be giving tough time to locals in major cities including Bhopal and Indore.

The cleanest city of the country, Indore, was in for some amusing scenes as Congress workers put paper boats on waterlogged streets to protest the monsoon mess caused by the sudden downpour in the commercial capital of Madhya Pradesh.

A viral video shows some Congress workers standing in the midst of a waterlogged road in Indore holding placards scripted with some messages for Chief Minister Shivraj Singh Chouhan, who apparently calls Indore a city of his dreams.

Attributing two decades of BJP –led civic rule to corruption in the city, the opposition workers alleged that the city roads turn to swimming pools following just an inch of rain.

Later these workers also devised an ingenious way to protest the monsoon mess and flew paper boats on the waterlogged streets. To add, like many previous years, roads have turned to ponds in Indore with rainwater not finding proper drainage.

Soon after the Indore municipal corporation staffers were seen taking to roads, trying to clear the water logging by cleaning drains and clearing hindrances stopping rainwater. IMC staff at work to clear the mess | FPJ

To add, prolonged traffic jams were seen in the city on busy roads.

To add, Indore along with other municipal corporations is going to civic polls on Wednesday. 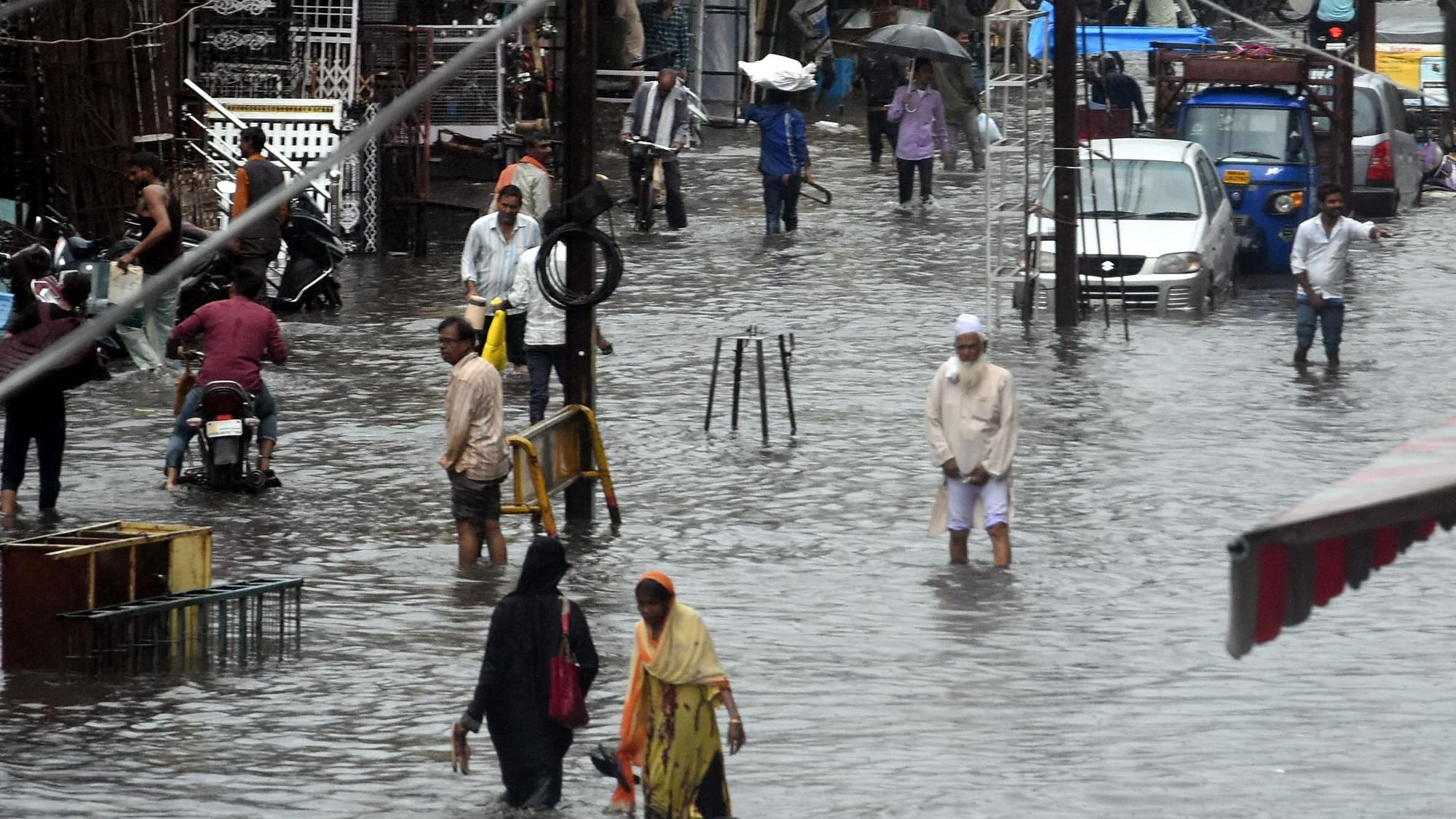