Four to five locations have been chosen near the flyover where the idol can be shifted, he said.
Staff Reporter 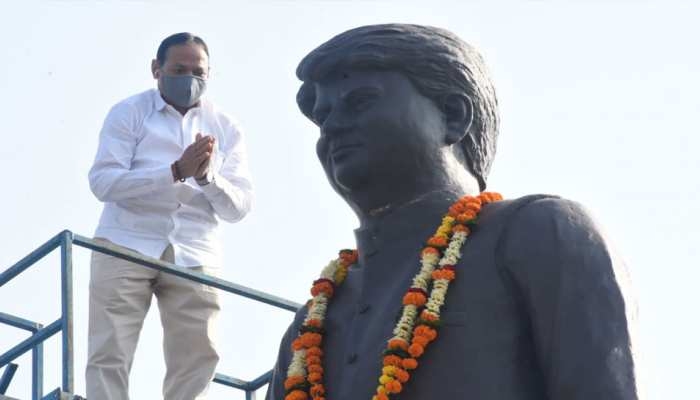 Indore: The statue of Madhav Rao Scindia at Bengali Square which is obstructing Public Works Department in constructing the flyover will be shifted by the Indore Municipal Corporation after results of Legislative Assembly by-poll election.

The IMC additional commissioner, Devendra Singh said that the IMC has planned to shift the Scindia statue somewhere in the same area in the Green Belt. Four to five locations have been chosen near the flyover where the idol can be shifted, he said.

He said that the supporters of Scindia are busy in the by-election due to which they aren’t able to meet IMC officials. After the elections, IMC will take NoC from them and will shift the statue.

The PWD engineer and the project in-charge, Grijesh Sharma said that he personally had a discussion with IMC commissioner Pratibha Pal and informed her about the problem occurring in the construction work. Commissioner Pal assured him to get the statue shifted after the election. Indore: One year on IDA still waiting for sports department to take over swimming pool