12 pieces of sandalwood, a car and a bike were seized from them

Indore (Madhya Pradesh): The city’s Crime Branch, on Saturday, arrested four men carrying sandalwood in a car illegally. Some sandalwood pieces, a car and a bike were seized from them. The accused were using a forest sticker on the car to mislead the police and forest department officials.

According to Crime Branch personnel, information was received that some men were carrying sandalwood illegally and would pass over the MR-10 Bridge. The Crime Branch team reached the place and arrested four persons—Deepak Rajput, Vikas Rajput and Deepak Balkishan of Gauri Nagar and Gajendra Singh of Sagar.

An officer said the accused had a sticker with ‘Forest’ written on it pasted on the rear windshield of the car to misled the police and forest department officials. One of the accused was on the bike. 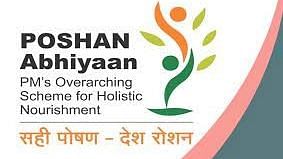