Indore: Collector gets over 70 complaints against land shark 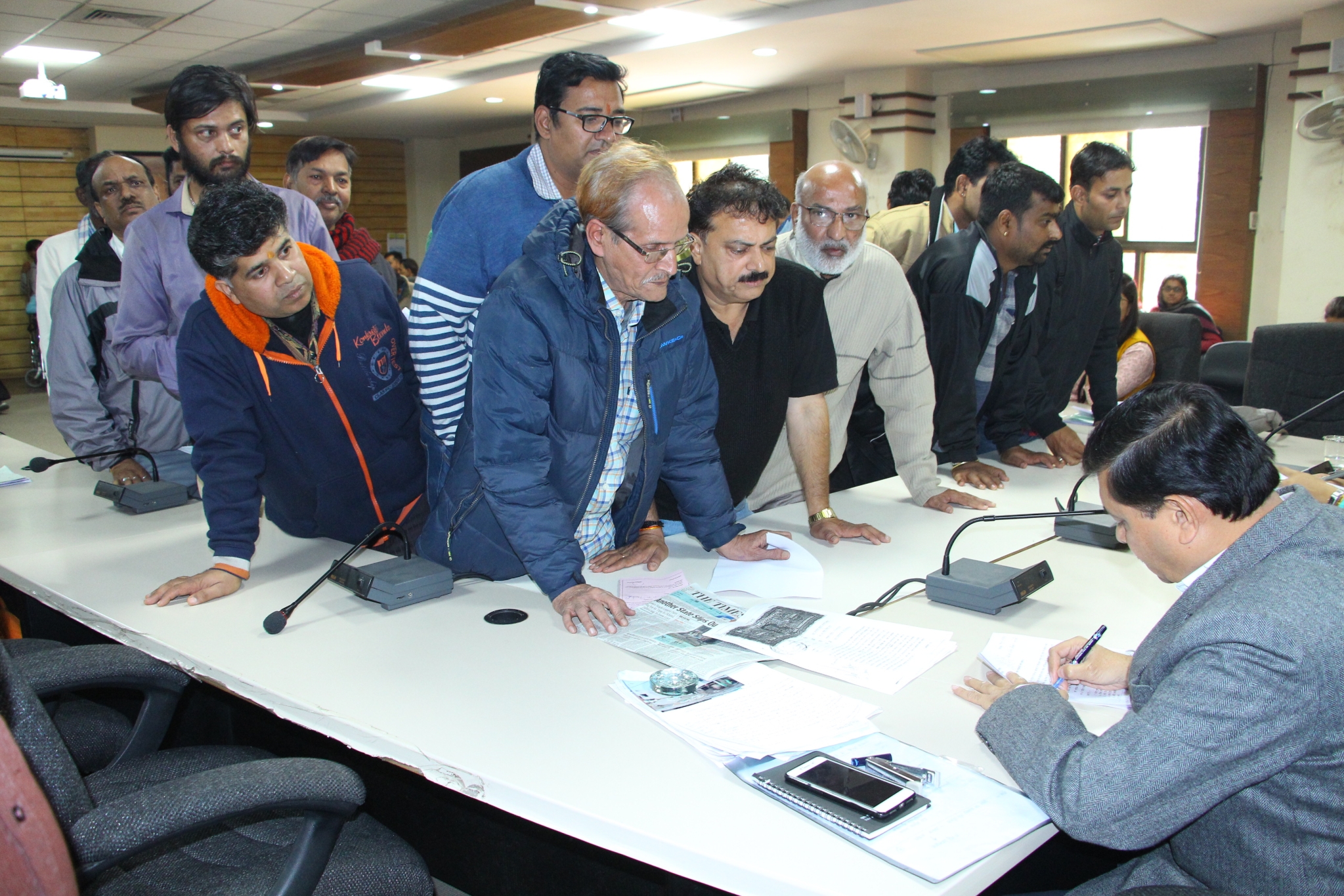 Indore: Getting a boost by the administration’s ongoing action against land mafia, large number of people reached the Jansunwai (weekly public hearing) at Collectorate on Tuesday with their complaints, with the hope that they would be able to get justice.

One of the complaints by Sharad Jain, Mumtaz Hussain Jeenwala, Mohit Goyal and others, informed the collector that they were victims of an embezzlement done by five partners of Pranam Estate, around 20 years back.

He said that about 200 members had deposited their hard earned money in the organisation of these accused who promised to give us plots in 1999.

“The accused also did registry, but they were not of residential plots as promised, but of barren lands in the name of farm houses. Over the years we have lodged various complaints against the five, but no action has been taken by any department so far,” he said.

Another complainant, Mohit Goyal, said that the registered land is also disputed and they didn’t get possession of the land. After listening to their complaint, Collector assured them that he would investigate the matter.

Meanwhile, one of the accused Rajesh Muchhal said that he has not read the compliant yet and he can comment on the same only after going through it.

Patients who lost eye sight too reached in Jansunwai

Amid the complaints against land sharks, seven of the 11 patients who lost their eyesight post cataract surgery in Indore Eye Hospital in August this year came to the public hearing requesting the collector to ensure that they get benefits of government schemes.

These patients informed the collector that Health Minister Tulsi Silawat assured them that they would be given patta, social security pension, and BPL cards but they haven’t received anything so far.