Indore: At last, ​it rains heavily but city descends into chaos; ​​expose​s​ IMC's preparations to deal with monsoon​​ 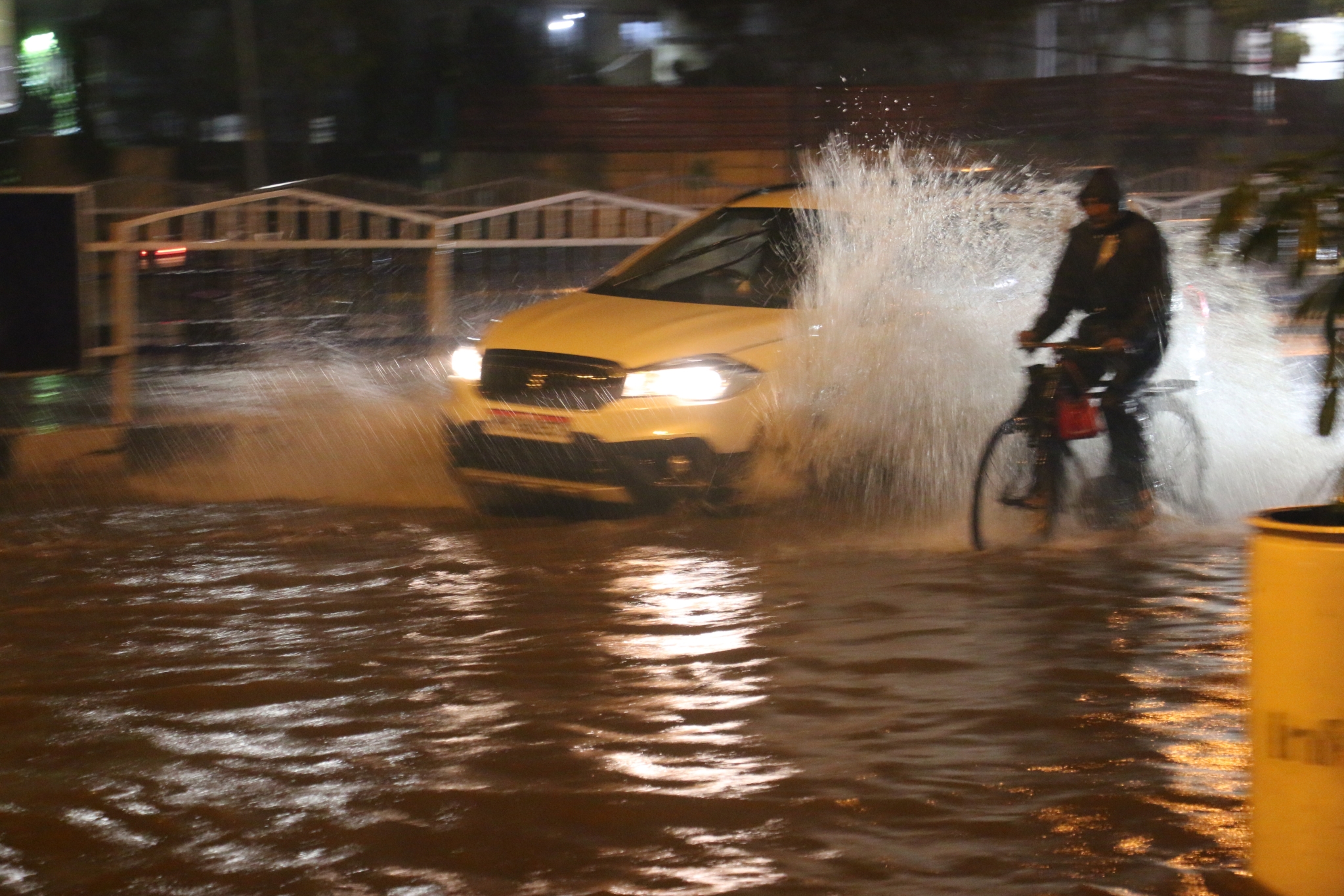 The wait of Indorians for heavy rain got over on Friday as dark clouds hovering​ the skies throughout the day finally opened up in the evening throwing life completely out of gear.

​In just two hours of heavy precipitation, the city ​descended ​into chaos. Many low lying areas and roads got submerged, halting the vehicular traffic and exposing Indore Municipal Corporation (IMC)’s preparedness to deal with monsoon.

​The heavy rainfall affected many low​ ​​lying ​areas of the city due to major failure ​of the drainage\storm water system​. Apart from such areas​, ​the major roads of the city were also ​seen affected due to waterlogging.

The sudden rain started ​at ​around 5pm​, a time when many of the office goers were about to return ​home ​but ​the ​sudden rain ​halted them on their tracks. While some waited out at their office for the rain to slow down, some who were already on their way home sought whatever shelter was available on the road. There were, of course, some who decided not to stop and get drenched in the rain.

Vehicles got stuck in water

At many areas ​water-logging was more than one and half feet deep as a result of which water entered the silencers of vehicles and they got struck. Some two-wheeler riders fell down when they unexpectedly hit a water-filled pot holes.

Power-cut at many areas

As the rain lashe​d​ the city, ​there was power cut in several parts. The feeder in Aerodrome area got damaged due to which power​ ​cut occurred in the area impacting many colonies​ in western part of the city.​

Water entered in houses and shops