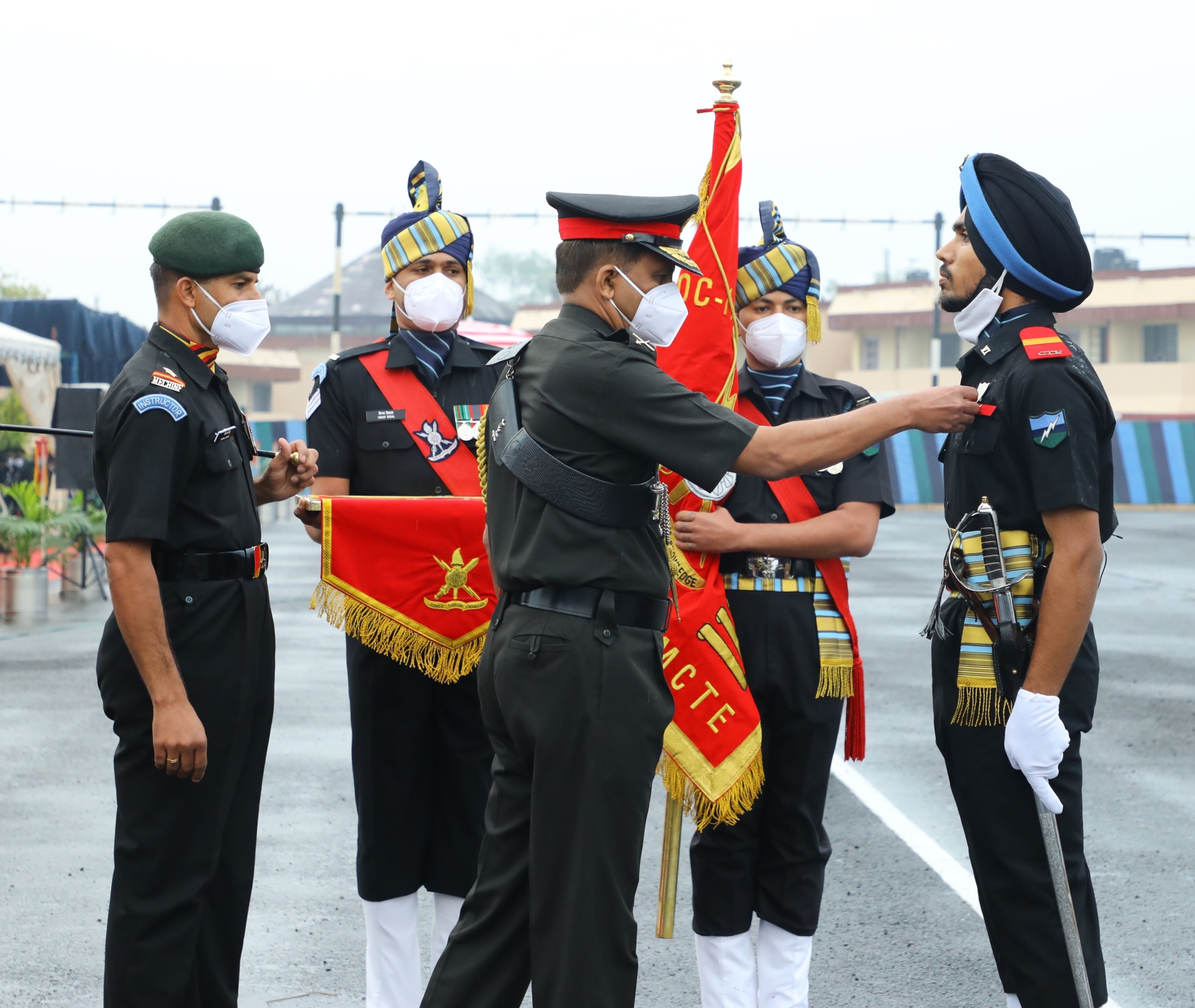 MHOW (FPNS): To commemorate the momentous occasion of Commissioning as Officers, a passing out parade of gentlemen cadets (GCs) of Technical Entry Scheme (TES-36) course was held on 12 Dec 2020 at Cadets Training Wing, Military College of Telecommunication Engineering (MCTE), Mhow.

In all 31 young and dynamic GCs passed out from the portals of the Cadets Training Wing (CTW), MCTE after completion of four years of military as well as technical training. The parade was reviewed by Lt Gen Milind N Bhurke, VSM, Commandant MCTE, Colonel Commandant of Corps of Signals and Signals Officer in Chief designate.

Despite stringent measures on account of Covid-19 pandemic, the passing out parade was conducted with full élan and military decorum, keeping the safety precautions in mind. The spirit and enthusiasm of the Gentleman Cadets remained unparalleled and the pandemic effect did not dampen the pride felt by GCs as they passed out from their alma mater, CTW MCTE, as officers of the Indian Army, having put up a stellar display in the passing out parade.

It was indeed a memorable occasion for the GCs who were pipped as commissioned officers to the rank of ‘Lieutenant’ by senior military officers in a solemn ceremony held with full traditional military decorum. The newly commissioned officers took their ‘Pehla Kadam’, an apt symbol for their first step into a new life as commissioned officers ready to shoulder expectations and responsibilities towards the organisation and also to the nation. The enthusiasm, optimism and dynamism displayed by these young officers with newly pipped ‘Stars on their Shoulders’, more than made up for the reduced scale of the ceremony.