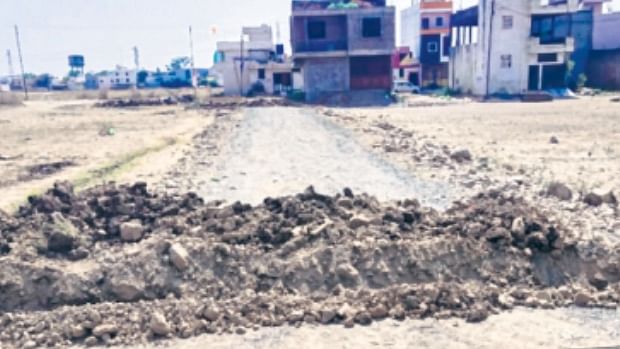 Dhar (Madhya Pradesh): Failing to get satisfactory response from administration and deputy-registrar cooperative society, residents of Chanakyapuri Colony Sector D approached police and lodged a complaint against a politician-turned-coloniser.

Accusing their coloniser and Congress leader Narayan Garasiya of alleged harassment, the residents have sought stern legal action against him.

In the application, the residents claimed that they were living under the fear of Garasiya and his goon. The residents said they had purchased land from Garasiya paying full amount but the latter failed to provide basic amenities in the colony.† Despite repeated requests, the colonizer did not heed to their demand and they have been living in a colony sans any facilities like road

Earlier, the locals with their complaint had approached district collector Dr Pankaj Jain, however, he asked them to talk to the sub-divisional magistrate (SDM) Neha Shivhare.

The SDM in turn asked the residents to talk with deputy-registrar cooperative society Parmanand Godriya as the matter was related to the district cooperative bank employees.However, failing to get their grievance redressed, the residents then approached police and lodged a complaint.

When contacted police station in-charge Anand Tiwari said that police have received the complaint and they will look into the matter and take appropriate action.