According to information, police forces distributed in more than two dozen teams simultaneously raided Kanjar hideouts and arrested more than one dozen offenders from different spots.

According to information, police forces distributed in more than two dozen teams simultaneously raided Kanjar hideouts and arrested more than one dozen offenders from different spots.

SP Dr Singh said that after a gap of many years, Dewas police activated Operation Prahar late on Tuesday night and raided about 16 Kanjar Deras in the district at 2 pm simultaneously. Stolen goods worth more than two crores have been recovered. In this operation, more than a dozen absconding miscreants have also been caught by the police.

SP Dr Singh said that police forces from different police stations including Pipalrawan, Tonkalan, Nevari, Bhoransa and other police stations joined the operation and nabbed offenders involved in truck cutting and loot incidents on the national and state highways.

During the operation, the police also used state-of-the-art resources, before the drone cameras were monitored and then raided.

Police personnel also used cameras during the campaign. In the campaign, parts of many vehicles including more than 100 two-wheelers, a dozen four-wheelers, country-made revolvers, tractor trolleys, pickups, and Eicher trucks were found.

Water motors, truck cutting equipment, dozens of ACs, fridges, mobile phones, clothes, shoes, medicines and dozens of cartons of electronics were recovered along with a dozen of stolen cattle.

The accused and their relatives were sleeping peacefully when the action was taken. Even before this, the police have been trying to carry out such action, but in most of the cases, the accused used to run away from the spot. 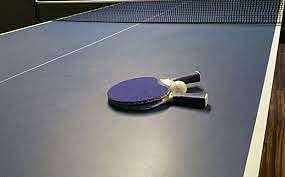