Various complaints for the same were lodged with the administration and Chief Medical and Health Officer Dr Praveen Jadia. In many of the complaints, CMHO had to intervene to get the patients admitted.
Staff Reporter 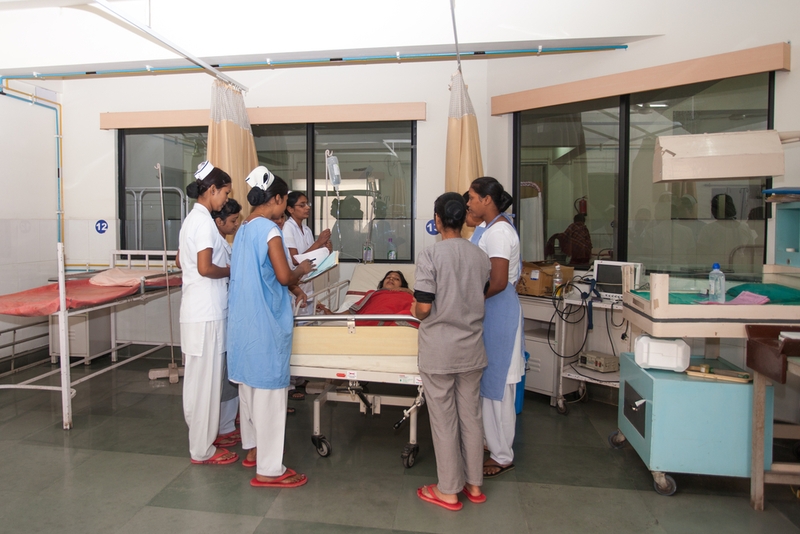 Even after warning of district administration to private hospitals for non-treating and non-admission to patients, they are reluctant to adhere to the orders.

Various complaints for the same were lodged with the administration and Chief Medical and Health Officer Dr Praveen Jadia. In many of the complaints, CMHO had to intervene to get the patients admitted.

Similar cases of negligence had come to fore when a patient, COVID-19 negative, was not admitted by two private hospitals, and she succumbed while on the way to MY Hospital.

One Chhaya, resident of Moti Tabela, was admitted in MY Hospital as COVID-19 suspect. After her reports were found to be negative, her family members requested MY Hospital administration to shift the patient to a private hospital.

Later, MY Hospital administration arranged for an ambulance and discharged the patient. However, she was not admitted by two private hospitals in western area excusing non-availability of beds.

Later, family members took the patient back to MY Hospital but her condition deteriorated and she died during treatment.

“Yes, such incidents have taken place. She was COVID-19 negative and her family members asked us to shift her to a private hospital. However, they came back and the patient succumbed following critical conditions,” Superintendent of MY Hospital Dr PS Thakur said.

A 70-year-old patient, suffering from age-related disorders, was refused by the hospitals to admit for the treatment. Family members of the patient was running pillar-to-post to get him admitted and later, CMHO Dr Jadia talked to a private hospital and ensured to get him admitted.

Spokesperson of Youth Congresss Abhijeet Pandey lodged a complaint against private hospitals with the CMHO, Collector and the senior health officials for their negligence in treating patients.

“More patients are dying because of the negligence of private hospitals and unavailability of doctors than those dying because of COVID-19. Administration should take stern action against those not working even in the times of emergency,” Pandey said.

He asked the government and administration to cancel their registration and ban them if they refuse to work in such times of distress.