Prime Minister Narendra Modi is on a two-day visit to Lucknow to attend the 56th DGP-IGP conference.We have dedicated our everything and pledged to build a new India which will touch the heights beyond the sky with new light tweeted Yogi Adityanath.
FPJ Web Desk 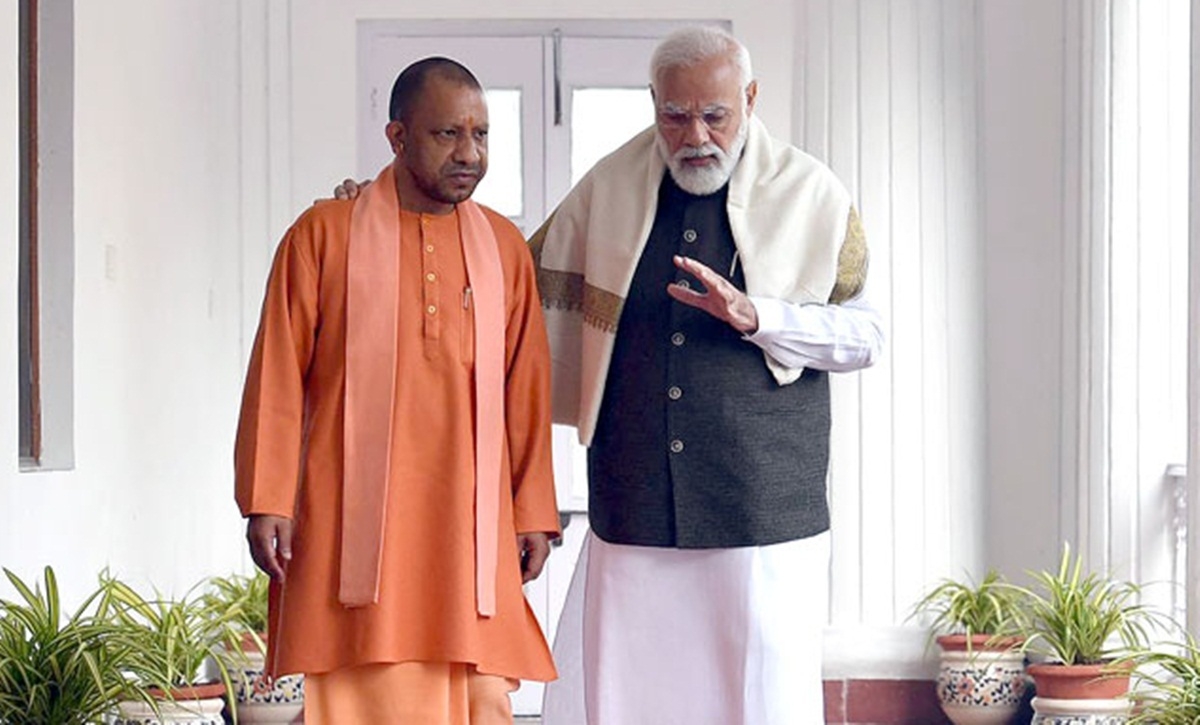 "We have embarked on a journey. We have dedicated our everything and pledged to build a new India which will touch the heights beyond the sky with new light," tweeted Yogi Adityanath

Prime Minister Narendra Modi is on a two-day visit to Lucknow to attend the 56th DGP-IGP conference.

He reached Raj Bhawan on November 19 and will leave for New Delhi on the evening of November 21. Elections for the 403-seats Uttar Pradesh Assembly are slated for early next year.

In the run-up to the assembly elections scheduled to be held in 2022 in five states, Uttar Pradesh being the most important one for the Bharatiya Janata Party, the party has already started putting in efforts to address the people of the state.

"Took part in the DGP/IGP conference in Lucknow. This is an important forum in which we are having extensive deliberations on modernisation of our police set-up," Modi said in a tweet.

The prime minister sat through the deliberations in the entire session on Saturday, an official said.

The conference discussed a wide range of issues, including cyber crime, counter-terrorism challenges, left-wing extremism and the emerging trends in narcotics trafficking, the official said.

Since 2014, the prime minister has taken a keen interest in the conference of the DGPs.

Unlike the symbolic presence earlier, Modi makes it a point to attend all sessions of the conference and encourages free and informal discussions that provide an opportunity to top police officials to directly brief the prime minister on key policing and internal security issues affecting the country, another official said.

The conference, organised by the Intelligence Bureau, is being held in a hybrid format. The DGPs of the states and other police organisations attended the conference physically here, while the remaining invitees participated virtually from 37 different locations across the country.

Before 2014, the deliberations largely focussed on national security matters.

Since 2014, these conference has had a twin focus of national security as well as core policing issues, including prevention and detection of crime, community policing, law and order, improving the image of the police etc., a home ministry official said.

Earlier, the conference was Delhi-centric with officers coming together only for the event. Residing on the same premises over a period of two-three days has served to build a heightened sense of unity amongst the officers of all cadres and organisations since 2014.

The decisions taken in the last few conferences have led to significant policy changes, resulting in improvement of policing in the country, including setting higher standards for effective policing in rural and urban areas, and improved methods of modern policing, based on smart parameters.

(With inputs from PTI, ANI)