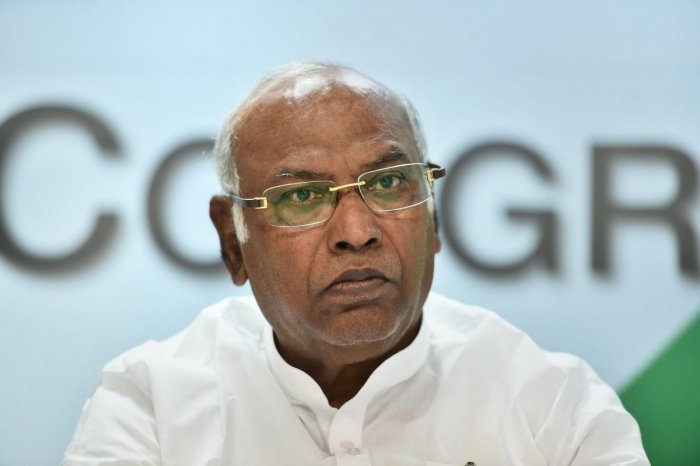 New Delhi: Leader of Opposition in Rajya Sabha Mallikarjun Kharge has called a meeting of the floor leaders of "like-minded" parties in Parliament on Monday.

The meeting is scheduled to be held at 9.45 am today.

Meanwhile, the Central government has also called a meeting of five political parties today whose MPs have been suspended from the Rajya Sabha to break the deadlock between the government and the Opposition in the House.

12 Rajya Sabha MPs were suspended from the House on the first day of the Winter session of Parliament from 5 Political Parties including Congress, TMC, Shivsena, CPI, CPI(M). After the suspension, all 12 MPs have been sitting on Dharna daily basis in front of the Gandhi statue in Parliament.

Rajya Sabha was adjourned several times due to the ruckus in the Upper House by the Opposition parties demanding to revoke the suspension of MPs in the ongoing winter session of Parliament.

The Winter session of Parliament is scheduled to culminate on 23 December.