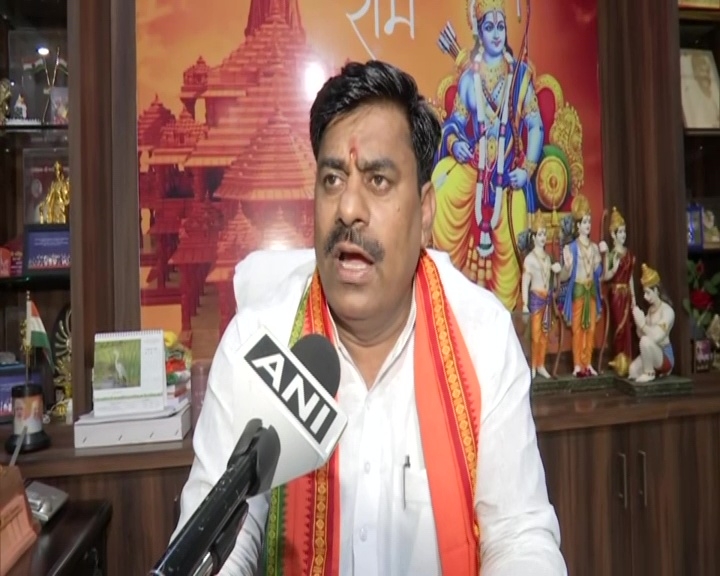 "Rahul Gandhi ji, even you are not Hindu. Your forefathers are also not Hindus...We are not embarrassed to call ourselves Hindu. The country was partitioned under Nehru, thousands of Hindus were killed, be grateful to God that RSS was born...," news agency ANI quoted Sharma as saying.

"Tomorrow, I will lodge an FIR against Rahul Gandhi, he should apologize for insulting our gods, goddesses. Your mother and brother-in-law are Christians... Doesn't seem you have Hindu blood...Stop insulting Hindu gods...," the BJP MLA added.

"In his address, Rahul Gandhi hurt Hindu religious sentiments. Laxmi, Durga, Saraswati are the centre of sentiments of crores of people. To say that Durga ji has been attacked, using such words is not right in reference to any religion," he told a television channel.

"Neither Durga Ma nor Laxmi's powers have decreased...but yes, if someone's power has lessened because of her son's ignorance it is Sonia ma's," Patra tweeted.

Meanwhile, calling the BJP-RSS people "fake Hindus", Rahul Gandhi alleged that they use religion for their benefit and indulge in its 'dalali (brokerage)'.

Addressing the foundation day of the All India Mahila Congress, Gandhi said the ideology of the Congress is completely opposite of the BJP, RSS and only one of the two ideologies can rule the country.

"They call themselves a Hindu party and in the whole country they attack Lakshmi and Durga. Wherever they go, they kill Lakshmi or Durga and then say we are Hindus," Gandhi alleged. The former Congress chief also alleged that the organisation of the RSS crushes "women power", while the Congress' organisation gives it platform.

Gandhi alleged that the Modi government has taken the power of Goddess Durga and Goddess Lakshmi from the hands of farmers, labourers and the poor and has given it to three-four people.

"Today in India, there are 10-15 people who have the power of Durga and Lakshmi, they are Modi ji 's friends. Ask the poor, go to the houses of farmers, ask if they have money to celebrate Diwali, they will say they don't have it," he said.

The power of Goddess Durga that was there in the hands of the people and one could say anything and criticise Congress chief ministers and prime ministers has now been taken away, Gandhi said.