'Will be used for NPR-NRC, electoral rolls': Asaduddin Owaisi on Centre's proposal to amend Registration of Births and Deaths Act AIMIM chief Asaduddin Owaisi on Sunday said that the Centre's recent proposal to amend the Registration of Births and Deaths Act, 1969, would be used for NPR (National Population Register), NRC (National Register of Citizens) and electoral rolls and this will violate Article 324 of the Constitution.

In a series of tweets, Asaduddin Owaisi said: "Govt wants to amend Registration of Births and Deaths Act, 1969. The amendment will allow Central govt to create a unified database of all registered births & deaths. Currently, this is carried out by states. But now Union will be allowed to collect data."

"The unified database will be used for NPR-NRC, electoral rolls, passports, etc. Currently, these are all separate processes. For example, electoral roll enrolment is done by an INDEPENDENT body, ECI. Now Union govt can allow birth/death register to be used for enrolment," he added.

In a subsequent tweet he said, "This violates Article 324 of the Constitution that gives independence to ECI (Election Commission of India). It also violates the Constitution as the NPR rules are themselves unconstitutional and data should not be collected under it."

Asaduddin Owaisi further said that Puttaswamy judgement had struck down attempts to link Aadhaar with telecom and banking services. "Here it is being used to expand the use of birth/death registration to Aadhaar, voter enrolment, NPR, etc," he added.

"The right to privacy includes the right to be protected from such acts where data is collected for one purpose (in this case, birth registration) and to use it for other purposes not expressly authorised by the person giving their data (NPR, voter enrolment, etc)," he said.

"Registration of births and deaths falls in the concurrent list. Currently states have the power to collect this data, why is this power being taken away? Why are states not opposing it?," Asaduddin Owaisi added.

He further said that "82.3% of children under the age of five in the richest wealth group had their births registered and possessed a birth certificate, only 40.7% in the poorest wealth group did. The poor (majority of whom are Muslims, STs, SCs and OBCs) will suffer the most because of this."

According to reports, the Centre has proposed amendments to the Registration of Births and Deaths Act, 1969 that will enable it to maintain a database of registered births and deaths at the national level.

According to the proposed amendments, the database may be used to update the Population Register and the electoral register, and Aadhaar, ration card, passport and driving licence databases, the reports said. 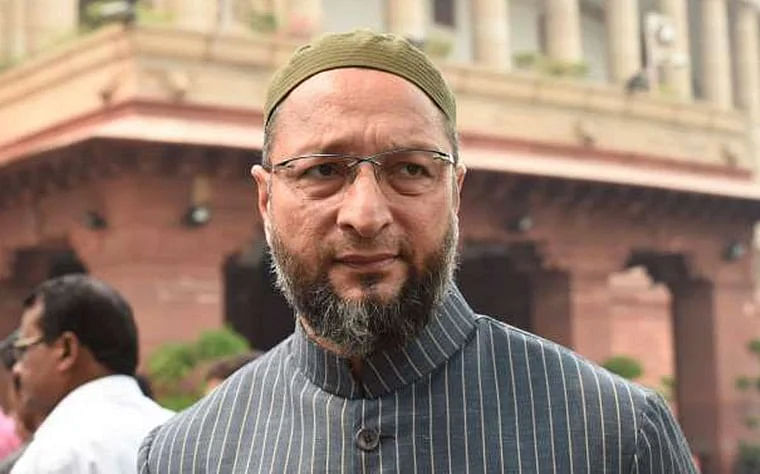